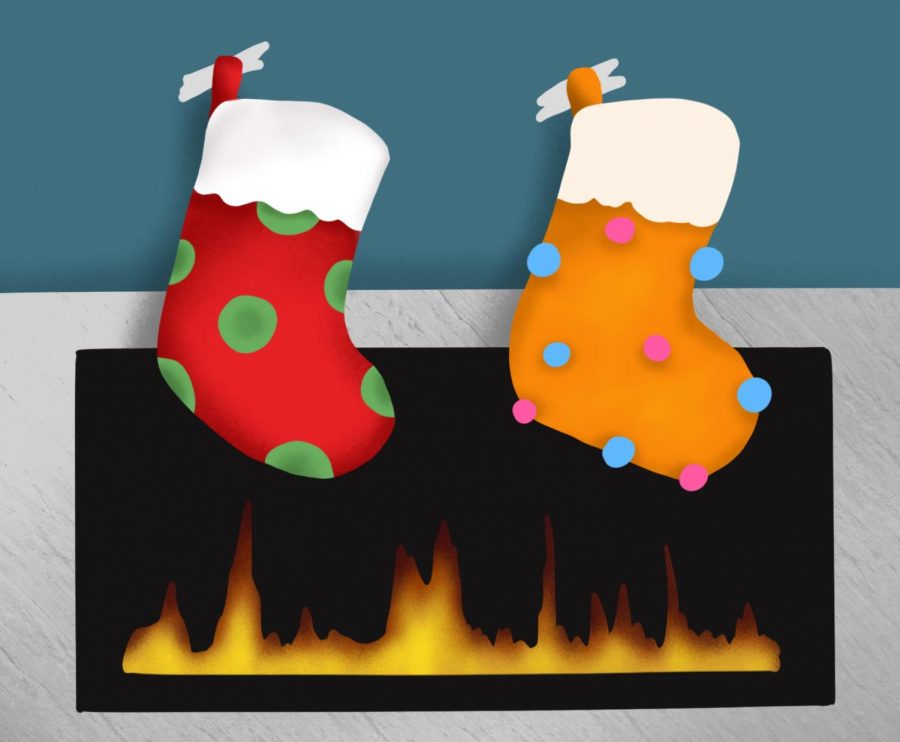 The holidays have come to a close once again, and with this comes the requisite removal and stowing away of all the associated decorations. Trees, lights, oversized inflatables and, of course, stockings. The Christmas stocking is a quintessential part of the holiday tradition and has an interesting dual purpose as both a decoration and a prop used in a specific ritual.

As anyone who has celebrated Christmas will tell you, stockings are “hung by the chimney with care” and are then filled with small gifts, candy and trinkets. While this tradition is something often taken for granted as part of the modern Christmas festivities, something about it seems decidedly postmodern.

To begin, the origin of the Christmas stocking is quite humble. During the winter months of old, people would often hang their socks (or stockings) by their fireplace after a long day of trudging through the snow so they would warm up and dry off. At some point this led to putting small gifts in these socks for children to enjoy.

As consumerism and the gift-giving ritual became a more dominant part of Christmas, the stockings were forced to get bigger. Eventually they ceased to function as socks entirely and took on a new purpose solely as Christmas stockings. They represent a perversion of tradition — the desire for holidays to be bigger and better made manifest.

Further into the future, these stockings not only served a single purpose as gift receptacles, but they eventually ceased to resemble a sock entirely. At this point the stocking had at once become its own entity, but also little more than a reflection of a reflection, a caricature of a longstanding tradition.

This, paired with the increasing popularity of central heat and air in most houses throughout the 20th century meant that no longer were stockings hanging above a fireplace. Often now fake stockings hung above a fake fireplace that was either ornamental or existed solely as a prop for holidays, much like the stockings themselves.

Finally, the stocking eventually became its own sign entirely. At this point it’s not uncommon to find socks as a gift in a Christmas stocking. In its own ouroboros, the stocking has consumed itself. The very thing it was once supposed to represent is now swallowed whole in the grotesque representation of its long lost ancestor.

However, this observation is not entirely new. In 1981, French Sociologist Jean Baudrillard published “Simulacra and Simulation,” a work which largely details the process described above.

According to Baudrillard, there are four stages through which a signifier moves into simulacra. First, the sign is a faithful copy, and is a reflection of a profound reality. Second, the sign becomes a perversion of reality and the sign moves to being an unfaithful copy. Next, the image masks the absence of a profound reality, the sign pretends to be a faithful copy but one with no original. Finally, the sign marks the absence of reality, and has become pure simulacra with no bearing in reality whatsoever. The simulacra calls into question if reality itself even exists.

This process detailed above about the evolution of the Christmas stocking is essentially the same. It has moved from being a reality to a twisted perversion which hardly resembles what it was once trying to signify.

However, I did not say this to indict Christmas as a holiday or chastise those who participate in it. On the contrary, I have a deep respect for the traditions which have become touchstones of our culture, and I am saddened to see them perverted like so.

Next holiday season, try to take a moment when hanging up the stockings to remember their original purpose and pay homage to the traditions that helped mold our modern conceptions of the holiday. Bring the family together and take a moment to explain to the little ones the origin and story of the stocking. After all, are the holidays about consumption, rather than togetherness?