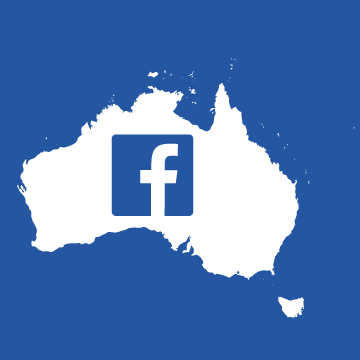 Facebook has launched its first strike in its war over accountability.

In response to recent Australian legislation obliging Facebook to pay publishers for using their news stories, Facebook preposterously executed a plan to block the sharing of any domestic or foreign news articles for Australians.

Currently, whether one is even a resident of Australia or not, the sharing of any Australian news publications — including The Australian, The Sydney Morning Herald and The Daily Telegraph — are restricted on the colossal social media platform.

This unprecedented move arrives on the cusp of Facebook — and its despot, CEO Mark Zuckerberg — awaiting swift legal action amidst pending regulators across the globe.

Ironically, one might reason to keep their company on a lower profile while undergoing legal proceedings, yet in Zuckerberg’s mindset, Facebook is attempting to burn the system down in lieu of providing any constructive reforms.

Quoted in the AP, Syracuse University professor and social media expert, Jennifer Grygiel asserted, “Zuckerberg’s flex here shows how he can disrupt global access to the news in a heartbeat.”

Moreover, Grygiel linked this powerplay by Zuckerberg as a testimony to the monstrous power Big Tech CEOs, namely Zuckerberg, hold in this era where a select few have the capacity to encourage or suppress any published piece of information.

In addition, this seismic slap by Facebook appears to have already actually backfired as the Australian Prime Minister — Scott Morison — remains steadfast in his determination to hold Big Tech accountable. Other nations, like Canada, have also risen to the occasion in targeting Facebook to pay news publishers.

Crucial government agencies were also swept into Facebook’s flustered filter and were suppressed for the time being while Facebook rushed this mass-banning of news into its disruptive algorithm before the law’s final passage.

All eyes currently remain on Australia as they represent the first endeavor to hold Big Tech accountable. But soon, action will be required in the United States — an effort House Antitrust Subcommittee Chairman David Ciclline is profoundly observing.

The U.S. may remain a great distance from any effective operations against Facebook, but Facebook’s present posture cannot go unwarranted as it attempts in Australia to forge precedent — however ineffective its tantrum.

In advance of this mammoth measure, Amanda Meade of The Guardian noted, “for every $100 of online advertising spend, $53 goes to Google, $28 to Facebook and $19 to everyone else.” This complete apathy of recognizing journalism’s worth further chronicles the appalling decline in not only local journalism, but as well as newsrooms across the world and U.S.

It must be recognized that Facebook holds the right to base decisions off of economic self-interest — especially as, at the end of the day, Facebook remains a private venture pursuing profit.

However, the question remains over the ethics of Facebook’s profiteering. A company constructing billions in revenue can assuredly reward those who aided in cementing the foundation of Facebook’s lucrative sharing model.

Nevertheless, Facebook can conclusively elect itself to dash away from paying news publications — a move its counterpart, Google, conceded to down under.

Despite fair justifications by each party, this plight between Australia and Facebook becomes even grayer as one considers the two spearheads centered in this dogfight: Mark Zuckerberg, and conservative media magnate Rupert Murdoch (of Fox News fame here in the U.S.).

Similarly, other critics contest that bills, such as Australia’s, chiefly benefit legacy media and prevent media outlets from further innovating and adapting to the modernized marketplace. Likewise, this is a potentially net benefit for society which may no longer rely on social media websites as their primary source of information.

Still, no company — both media or tech-related — should ever hold the potential to withdraw one’s access to information at a moment’s notice if it was previously disposed of at liberty. With Facebook dealing this blow to Australians, the pattern is commencing of nations threatening Big Tech to pay its fair share, Big Tech refusing and sharing “with a heavy heart” that “changes” will immediately be implemented.

PM Morrison characterized this attempted informational hostage situation aptly in articulating, “big tech companies might be changing the world but this did not mean they should run it.”

A question of worth arises with Facebook shunning any attempt to reward journalists and news organizations. Will Facebook recognize the inherent worth journalistic enterprises provide in this democratic world, or will profits reign supreme and incentivize Facebook further to shunt compensating journalists for their worthwhile wonders?

In the ethical sense, Facebook must loosen their coffers and compensate those who aided in formulating the platform to the social network it is today.

Yet now, Facebook appears poised to return news to Australians following minor concessions granted by the Australian government: an incoming compromise between both parties, yet an inept bargain over just payments for work anticipating restitution.

Facebook has every prevailing right to pursue its own financial interests in the face of chasing profits. Nonetheless, society’s responsibility therein requires a self-reflection of what it enjoys in the marketplace: platforms sharing all for all or rigid participation in platforms at the behest of the authoritative few.