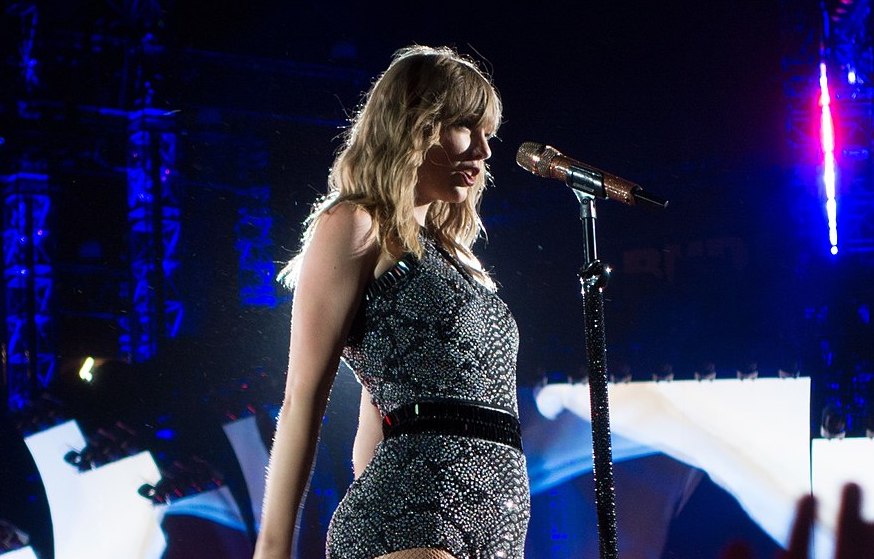 Taylor Swift performs on stage during her Reputation tour in May 2018. Columnist Noah Nelson exclaims that Swift is a genius for implementing hidden easter eggs throughout her song lyrics and music videos.

Whether you listen to her music or not, everyone knows who she is and can name a few of her songs — at a minimum. But only her true fans, the Swifties, know she is a genius — a status she doesn’t look to drop anytime soon.

Early in her career, Swift left fans little Easter eggs in her music videos, photos and the like about upcoming music, tours, etc. It wasn’t always a big deal, but nowadays, it’s what Swift’s fans look forward to every day. Frequently, it’s what maintains their excitement about Swift’s new projects.

Last week on April 13 — 13 being her lucky number — Swift appeared on “The Late Show with Stephen Colbert” in which she revealed numerous Easter eggs about the upcoming re-release of her fifth album, “1989.” And fans were quick to unravel all of the details.

In doing so, she showed a “mood board” filled with pictures of Colbert. One photo showed him in New York and one of him from 1989. Swift, notably, has a song about the famous city from that album called “Welcome to New York.” There was also a picture of a seagull on the photo board as well — another parallel to the cover of the album. Plus, Swift asserted the album’s name and its first original single, “Shake It Off,” clear as day. That has to be a sign, right?

Not only the photo board, but Swift added she enjoys author Stephen King’s “The Dark Tower” series — first published in 1989. She told viewers to check Colbert’s Wikipedia page for his birthday, May 13, and fans conclude she will release the new album on that day, or if not, something corresponding to it like an announcement or a single.

Besides the aforementioned information, Swifties uncovered countless other Easter eggs from the interview, but most of them included too much math. Nevertheless, this all goes to show that Swift is a mastermind.

There’s no doubt she’s strategic about what details to disclose with her fans without giving too much away. Still, she’s gradually turning us all into amateur detectives, and no one seems to have a problem with that.

Better yet, if Swift is planning to re-release “1989” anytime soon, I won’t be able to control my excitement: I attended a show on that tour in 2015, and since I know that album better than the others, I will be enthusiastically waiting when it hits store shelves again.

“Call it what you want” about Swift, but she’s a prime example of a celebrity who genuinely cares about her fans. She aspires to keep them on their feet, and by scattering these Easter eggs, she is doing so every day. Some might call her crazy, but I call her a genius.