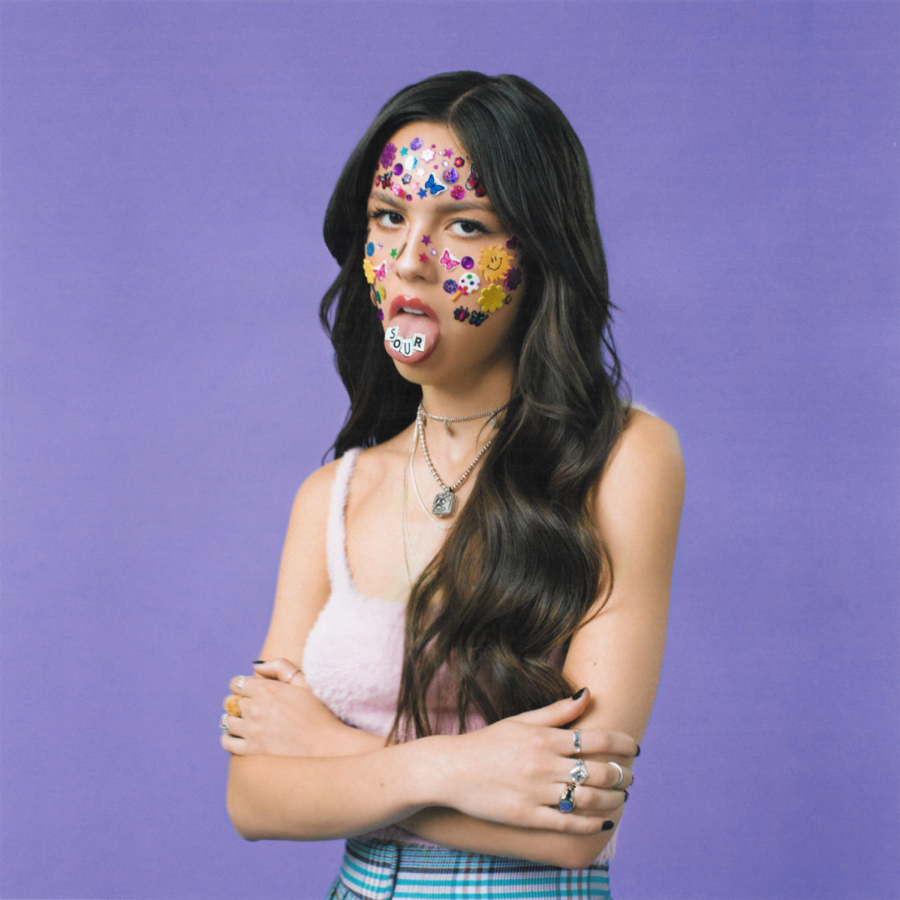 An ode to the universal teenage heartbreak coupled with the 21st century realities of navigating the world in a digital society, Olivia Rodrigo’s first album, “SOUR,” packs a punch in just 35 minutes.

She references Katy Perry’s “Teenage Dream” in “brutal” along with Billy Joel’s “Uptown Girl” in “deja vu” as testaments to her timeless range of musical influences. Also mixed into the album are hints of classic and alternative rock.

The album has been met with much critical acclaim — Rodrigo’s record-breaking accomplishments on Disney Channel, viral single “driver’s license” and extremely sophisticated musicality for her age lent a hand to its incredibly widespread success.

Many anti-fans of “SOUR” revolve around the argument that Olivia Rodrigo is capitalizing off of her relationship with fellow co-star Joshua Bassett, who the album is rumored to be the intended recipient of.

Such an argument is indicative of the internalized misogyny which presents itself in the subtlest of ways due to the normalcy of belittling women of all ages for expressing their feelings in such a raw and honest fashion.

Olivia Rodrigo addresses just that — from her unique problems of being exploited as a child star in Hollywood to more relatable issues such as crying over boys — Rodrigo is not holding back any punches.

Despite growing up in stardom and maintaining a traditional Disney Princess image, Rodrigo’s concept album proves not only her versatility and talent as an 18-year-old breakout artist, but also demonstrates the universality and timelessness of heartbreak and teenage angst.

Yet there is much more to unpack within “SOUR” — it is an album that nods to a variety of classic late-20th-century music genres while speaking to a generation who too must navigate love and overall existence in the digital age.

Written by Rodrigo herself, there are messages about the damages done by performative self-love messages and subliminal contradictions of a traditionally beautiful and “perfect” model saying that no one is indeed “perfect,” which invokes a sense of existentialism in the young mixed-identity woman.

If the pinnacle of beauty and perfection can’t even achieve the standards they set, what does that make the rest of us? We know the intention of self-love and body positivity messages, but if they are messages given by the perpetrators of such beauty standards, what is there to gain?

Her songs explore this theme of societal standards much like how a teenager would journal their emotions. She goes through stages of grief after a heartbreak not only in an unabashedly honest and contradictory manner, but she does so without externalization.

Despite her pain and feelings of mistreatment, Rodrigo spreads messages of kindness to herself and everyone involved — a testament to the incredible emotional intelligence that she and Gen Z as a whole have amassed through a lifetime of witnessing uncensored pain and brutality online, most notably with the Black Lives Matter movement.

These are the questions of reality and perception that the young 18 year old is tackling in her debut album — “SOUR” is a middle finger to society in an unfeignedly juvenile, yet sophisticatedly mature way.

Despite being a child star, this album is an attribute of her humanity — a young woman trying to exist in a man’s world that shames and punishes every oxymoron which follows us all.

“SOUR” is a middle finger to the constraints of society and Olivia Rodrigo is just getting started.

Andrea is a senior in LAS.