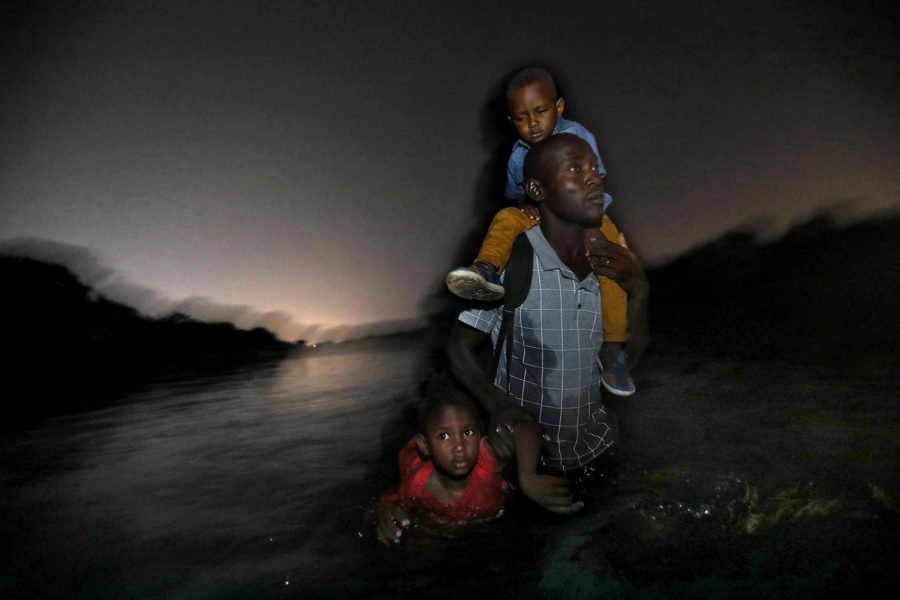 In 1971, my mother immigrated from the former Yugoslavia to the United States with her sister and my grandparents. She was nine years old, didn’t speak a word of English, but was thrilled for the opportunity to leave her agrarian lifestyle and move to what had been hailed to her as “The Land of Opportunity.”

My family’s story will never fail to inspire me. Without their determination to leave everything they knew and immigrate to the U.S. as economic migrants — that is, people who migrate seeking out economic opportunity — I wouldn’t be here today.

However, not all migrants are so lucky — a tragic number are fleeing from immediate danger.

The recent developments at the southern border of Texas have been emotionally taxing. As the child of an immigrant from a country that was torn from existence by civil war, it’s astronomically disheartening to observe the measures taken by our federal government toward asylum seekers.

Over the past several weeks, Haiti has experienced a devastating earthquake, an unprecedented augmentation in street violence and the assassination of its president. Fearful of their lives and with nowhere to turn, millions of Haitians have rationally opted to flee their home country and seek asylum in the United States. The problem: they’re being deported back to their hostile country without undergoing proper proceedings for asylum applications.

Per international law, this is flagrantly illegal.

Since 1968, the U.S. has been party to the U.N. Convention on Refugees, which legally binds the complying states to allow migrants fleeing from immediate danger to apply for asylum. The Biden administration, however, has extended President Trump’s policy which allows the expulsion of migrants with the alleged purpose of mitigating the spread of COVID-19. The move has been condemned by the U.N. Refugee Agency and led a senior U.S. diplomat to Haiti to resign from his position.

Haitian asylum seekers being sent directly back into peril is difficult not only because it’s a gross affront to expressly deliberated human rights law, but also because I cannot help but be reminded of my family’s horrific experience with the Yugoslavian Civil War.

My Serbo-Croatian relatives, who were living in what is present-day Croatia, experienced what my mother could only describe as “total devastation” when the war broke out.

My mother spent weeks on end beside a telephone, anxiously awaiting calls to hear if her relatives were still alive. All her family’s homes were seized or burned; her grandmother fled from soldiers and hid in nearby woods for four days; her cousin was imprisoned and beaten. The rest of my relatives knew what would happen if they stayed, so they sought asylum in Slovenia, Russia and Australia.

Speaking to my mother in preparation for this article, she didn’t mince words when I asked if she believed the rest of our relatives would have survived without being able to seek asylum in other countries — “Absolutely not.”

When I see the images of Haitians being deported en masse to their fractured homeland, I picture my relatives. I painstakingly wonder what could have happened to them if those countries they fled to turned them away at the border and sent them back to war-torn Croatia.

Although President Biden’s website on immigration reform boldly declares that he will “Reassert America’s commitment to asylum-seekers and refugees,” the Haitian migrant crisis has seen his administration circumvent international human rights law and spit in the face of this crucial promise.

From a relative of asylum seekers: Please give these suffering people what they are legally entitled to.

Nick is a junior in LAS.