Editorial: Why The Daily Illini is not your enemy 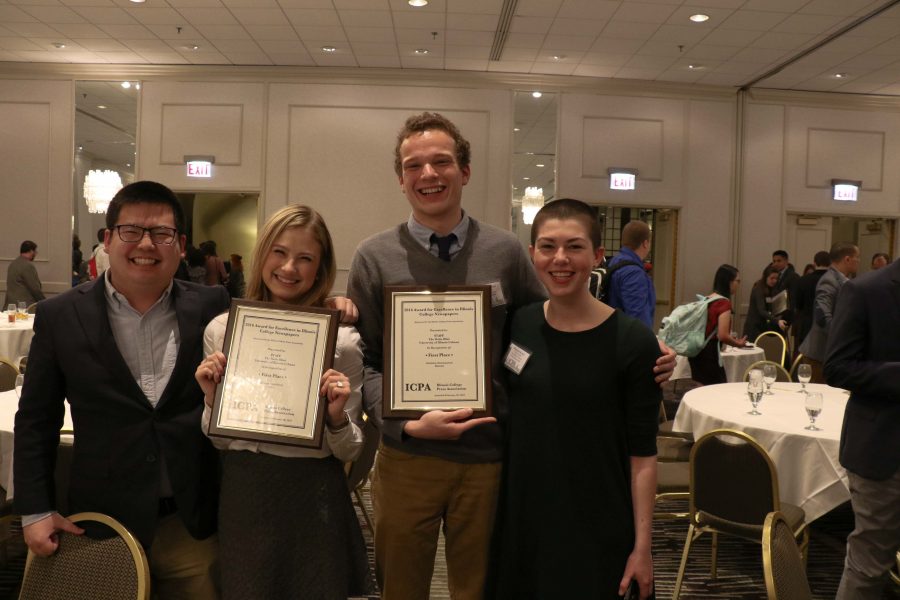 By The Daily Illini Editorial Board
February 20, 2017

Members of The Daily Illini editorial staff spent Friday afternoon receiving a critique from Chicago Tribune editors at the Tribune Tower in Chicago. On a short tour before the discussion, our staff noted the various quotes about the role of the press that line the walls of the building’s lobby.

“To the press alone, checkered as it is with abuses, the world is indebted for all the triumphs which have been gained by reason and humanity over error and oppression,” said fourth President James Madison.

It was particularly inspiring to see history’s greatest scholars praise journalism given the current media climate, in which President Donald Trump constantly disparages distinguished outlets such as The New York Times and refers to the media as “the enemy of the American people.”

And that same tenuous state of the profession made the results of the Illinois College Press Association’s yearly awards banquet Saturday much more satisfying. The Daily Illini placed first in Illinois for General Excellence and Best Online News Site, the two biggest honors. Our editorial board’s two submitted editorials also placed first and second for the best editorials of 2016.

Many of our editors work nearly full-time jobs each week to prepare content for our paper and website, all while maintaining the highest grades we can. We also employ dozens of unpaid students who are absolutely essential to content creation and the paper’s overall success.

Nearly every student feels passionate enough to spend considerable free time on a job or hobby, and we’re no different: Journalism is our passion, and we work tirelessly to improve our connections to students and the community at large.

To receive such high praise represents the culmination of our efforts inside and outside the classroom, and there are few better feelings than that sort of recognition.

But our work is nowhere close to its conclusion. The Daily Illini is still far from the standard of excellence that we believe our fellow students deserve. We need to further increase our diversity, both in our staff and of our perspectives.

We still don’t cater enough to groups in Champaign-Urbana that deserve our undivided attention. If students continue to vote in favor of the Media Fee that helps sustain our paper, then we owe it to them to tell their stories — all of them.

Much of our current editorial staff will leave the paper after spring break, the traditional time during which we turn over our positions. We hope to leave behind an educated staff even more dedicated to inclusion than we’ve tried to be.

Winning the award for Illinois’ best college newspaper was the cathartic conclusion to nearly a year of our sweat and tears.

But it was even moreso a reminder that journalistic work never truly concludes — we can always aim higher, reach further and do better.