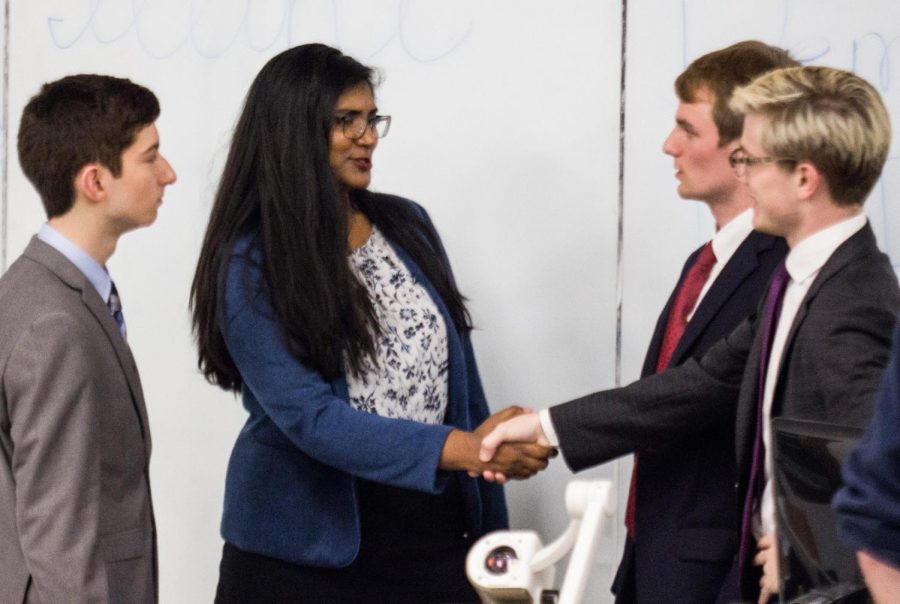 Last night, the Illinois Student Government sponsored a debate between the Illini Republicans and the Illini Democrats, in which several topics were presented.

Brian Gaines, professor of political science, moderated the event. He gave each side five minutes to give their stances and then three minutes to reply to their opponents.

The room was filled with members of both the Illini Republicans, Illini Democrats, ISG members and non-affiliated audience members. With almost every seat filled, a few audience members chose to stand in the back.

Both the Illini Democrats and the Illini Republicans remained calm until the topic of freedom of speech came up. This topic caused a lot of controversy on both sides, and both had passionate words to say about it.

The topics such as the Chief and the Charlottesville protests were also brought up.

The audience was given the opportunity to ask questions for the remaining time of the debate. There were three questions asked, and the topics were about social security, free trade and ISG.

The topic of ISG and its actions over Homecoming Weekend were a hot topic among the debaters.

“Overall I think everyone did what they were supposed to do and I am very happy that everyone took care of their values,” Carter said.

Grant Yi, senior in Business and non-affiliated audience member, said both sides of the debate were respectful and engaged throughout, and the debate itself was very well facilitated.

“Towards the end there was a bit of devolvement to some personal kind of antiquated views,” Yusen said. “Overall, I thought it was worth our time and definitely something I want to see more people come out to.”