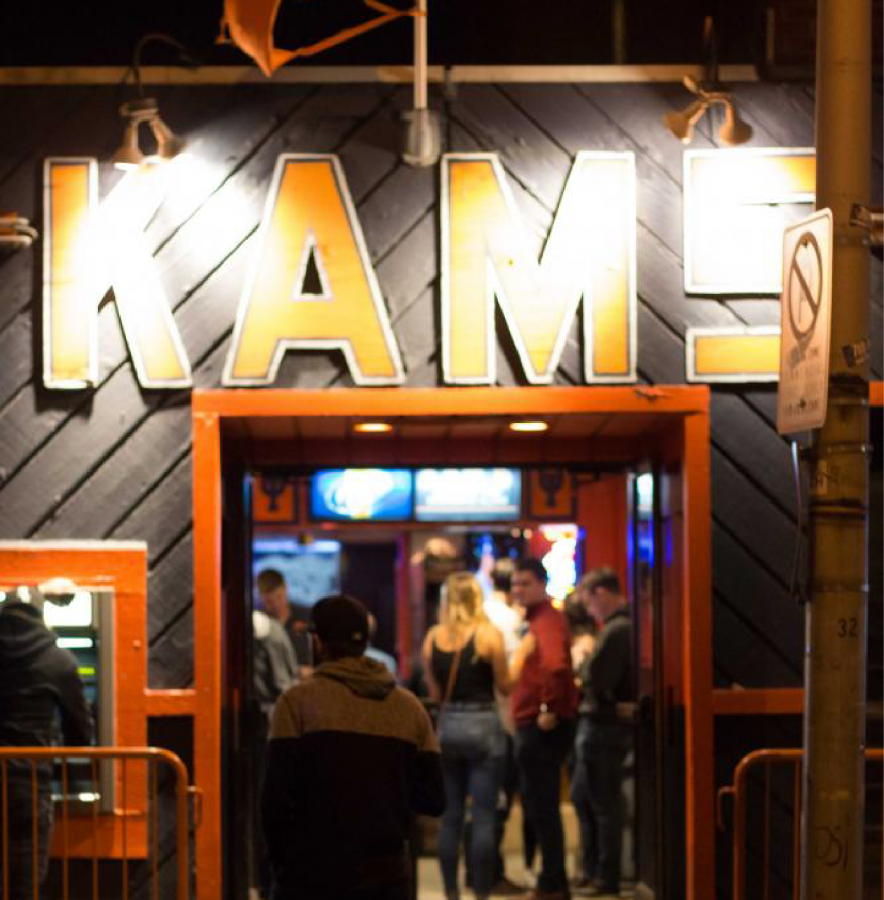 KAM's is located on East Daniel Street in Champaign. The owners of the bar have submitted building permits to the corner of First and Green streets.

The longtime Campustown bar KAM’s and self-declared “Home of the Drinking Illini” filed a building permit on June 28 to the city of Champaign which would relocate the bar to the corner of First and Green streets, according to city records.

The building permit filed shows KAM’s would be moved to 102 E. Green St., which is now an empty site once occupied by a Domino’s before it got demolished in April.

Building plans have not been released for public viewing, but senior city planner T.J. Blakeman told The News-Gazette plans show a one-story building with two retail spaces, one for KAM’s and another for “something else.”

Building developers applied for a general building permit at the location in March and recently filed a permit late June for the fit out of KAM’s  — both of which are still under review and pending city approval.

The recent fit out permit includes the process of reviewing plans of zoning, ventilation, plumbing and electrical plans for the new building.

Nate Alvarez, incoming senior in LAS, has been going to KAM’s since his sophomore year and considers it his favorite bar on campus.

“Getting a new KAM’s environment is exciting to see, but at the same time, it’s bittersweet because the location right now has been around for so long,” Alvarez said. “Hopefully it doesn’t lose its touch by moving to its new location.”

Last August, the bar was sold to a group of new owners, including Champaign-Urbana tycoon Scott Cochrane, from longtime owner Eric Meyer. Since changing owners, the bar closed for an extensive clean up last summer before reopening in September.

KAM’s has been closed for most of this summer, but it recently reopened in time for Greek Reunion Weekend on July 12 and 13.

Alvarez said an advantage of the new location is by moving KAM’s further from academic buildings, it might help parents feel more comfortable sending their kids to the University.

But, he adds, students might have to travel farther to get to the new location.

“It’s interesting to see how the bar culture will evolve as the years go on. Places start moving. Some places might get renovated or potentially close down,” Alvarez said. “I guess time will tell.”