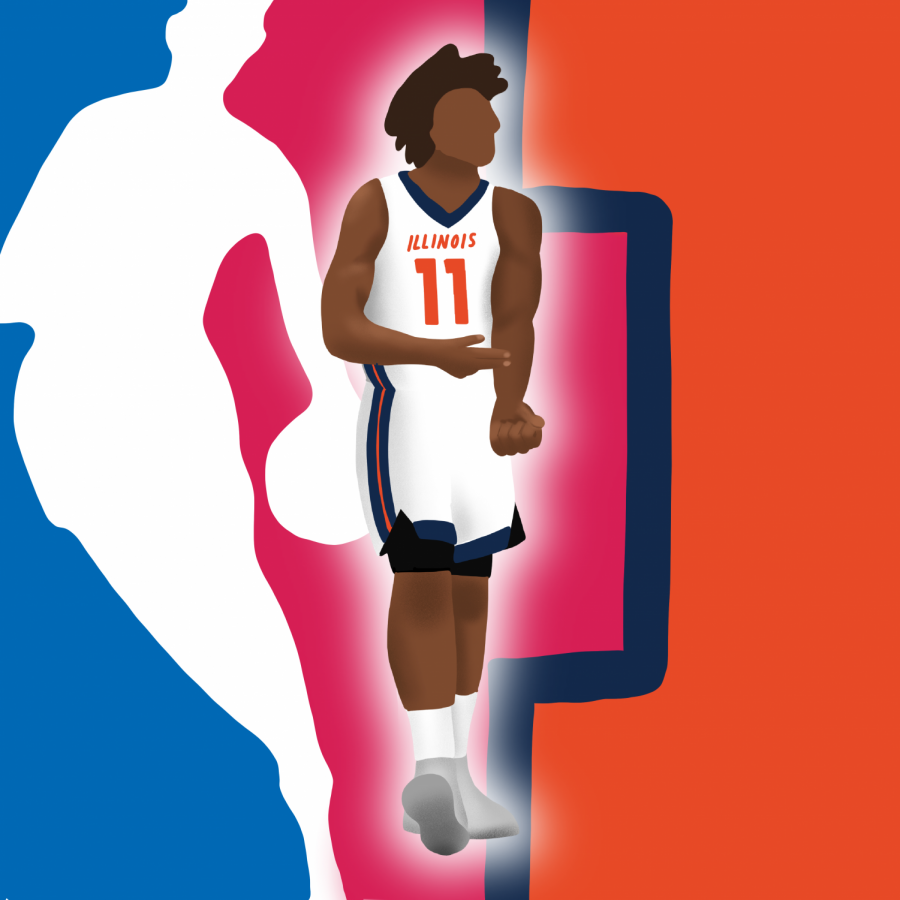 Sophomore Ayo Dosunmu doesn’t like making the easy decision. Dosunmu took the hard route coming out of Morgan Park in Chicago, signing with Illinois in November 2017. Dosunmu made the hard choice when he announced he was returning to Illinois for his sophomore season in the spring of 2019. Now, the sophomore guard has to decide if he wants one more go around in an Illini uniform.

Dosunmu had a great freshman year as an Illini. He was the team’s leading scorer, averaging 13.8 points and being named to the Big Ten All-Freshman Team. He was a projected borderline first-round pick in the NBA draft. But, he made the difficult decision to come back to Illinois because he had “unfinished business” and wanted to take the team to the NCAA Tournament.

Illinois was projected to receive an at-large bid to the NCAA Tournament, and many bracketologists slotted the Illini between a six and eight seed prior to the Big Ten Tournament.

Dosunmu doesn’t owe Illinois fans anything. He made all the big shots. He became a poster boy. He brought Illini basketball back to its former glory. It feels like there is still something missing, however. Of course, that is seeing him actually play in “The Big Dance.”

The growth Dosunmu showed between his freshman and sophomore year on the offensive end is why NBA scouts have fewer questions about his ability to perform in the NBA.

The answer might lie within the percentages. Dosunmu shot 98 three-pointers this season, according to Hoop-Math, with 75% of these threes assisted. A major question around Dosunmu’s game is his ability to catch and shoot, and the sub-par three-point percentage is representative of that.

According to ShotTracker, since the 1997-1998 season, the percentage of three-point shots taken by teams has increased nearly every season, In the 2017-2018 season, 29% of the shots taken in the NBA were three-point attempts. In the 2018-2019 NBA season, 33% of shots were threes compared to just 19% mid-range attempts. An increase of four percentage points in one season is a significant jump. NBA guards are expected to be able to take and make three-point shots consistently.

There are a lot of questions surrounding Dosunmu’s draft stock right now. The general consensus is that Dosunmu is still a borderline first-round pick. An article published by Sam Vecenie of “The Athletic” on Thursday projects Dosunmu going 35th overall to the Sacramento Kings.

Ultimately, Dosunmu accomplished his goals at Illinois and has nothing left to prove at Illinois. He doesn’t owe Illini fans anything.

Last year, Dosunmu didn’t go through the draft procedures. This year will probably be different. Dosunmu accomplished his goals in an Illini uniform in the last two years, he deserves to test NBA waters this spring and he should.