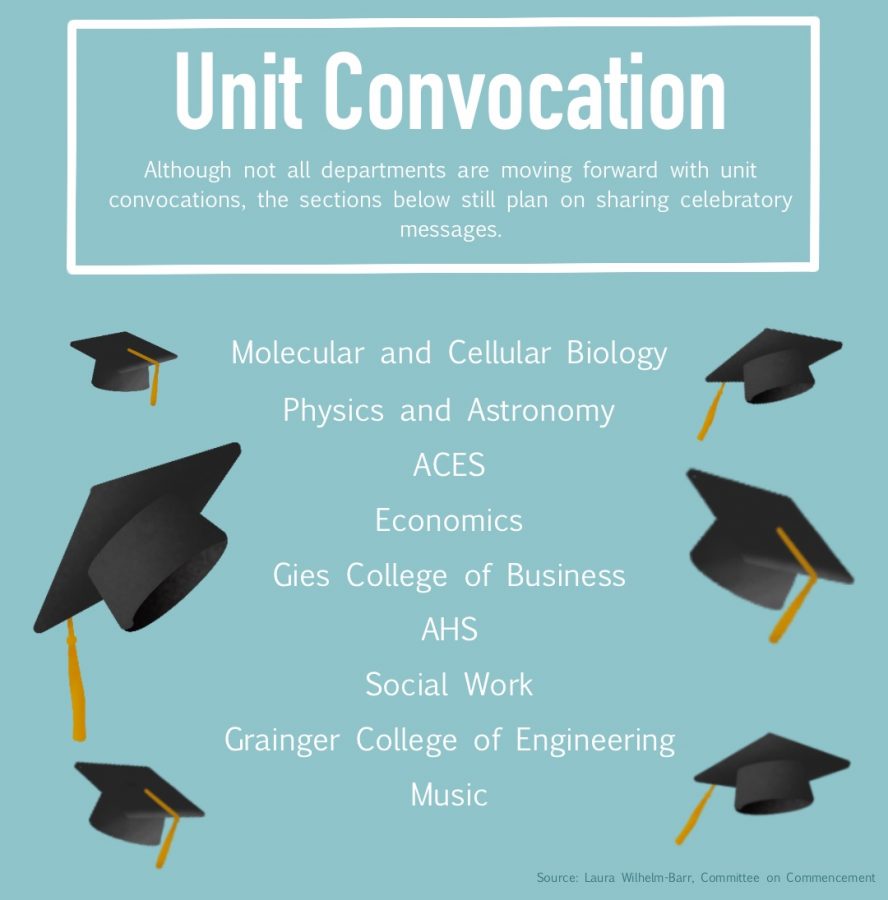 By Amrita Bhattacharyya, Staff Writer
May 11, 2020

The University will host an online commencement celebration on May 16 to celebrate this year’s graduates.

The digital experience will include a message from Chancellor Robert Jones, alumni messages and a short conferral of degrees by UI President Tim Killeen.

There will also be an online program on the commencement website, which will include “interactive digital elements,” said Katie Watson, assistant director of content strategy.

Students will be able to superimpose their own photos onto iconic campus backgrounds and also interact with some “special iconic campus locations,” Watson said.

Watson said this event is a team effort between Public Affairs and the Office of Special Events.

The team is “really trying to emulate the experience of what it’s like to be on campus even though people are separated by this distance right now,” Watson said.

The prerecorded celebration will be broadcasted at noon CDT on go.illinois.edu/celebration. The link will go live a couple hours before the event and no registration is required.

“By putting it on social media, we’re inviting the whole Illinois family … which is something that’s really special, especially for people who normally wouldn’t have been able to attend the in-person ceremony,” Watson said.

Graduates were sent packages in the mail formally inviting them to watch the celebration. The packages included a card from the Chancellor, a magnetic photo frame and confetti.

Leah Proctor, graduating senior in AHS, said not being able to graduate in person is disappointing because seniors don’t get to say their “final goodbyes.”

“For the state that we’re in, I think I’m happy about it and at least they’re doing something to honor all the graduating seniors,” Proctor said.

Although not all departments are planning on having unit convocations, some will be having virtual events. These may include video messages from the deans or department heads, according to Laura Wilhelm-Barr, member of the Committee on Commencement.

Diplomas will be mailed to students at the end of June or early July, after degrees are verified by the Office of the Registrar.

“We are committed to holding an in-person ceremony, we just don’t know what that timeline will be,” Wilhelm-Barr said.

The virtual celebration “is in no way a replacement for that in-person ceremony,” Watson said. “We know that this has been a difficult semester, but we’re really trying to help make our graduates feel as celebrated as possible.”

Proctor looks forward to attending the in-person celebration and seeing her friends again.