One man’s trash is another man’s internet stardom 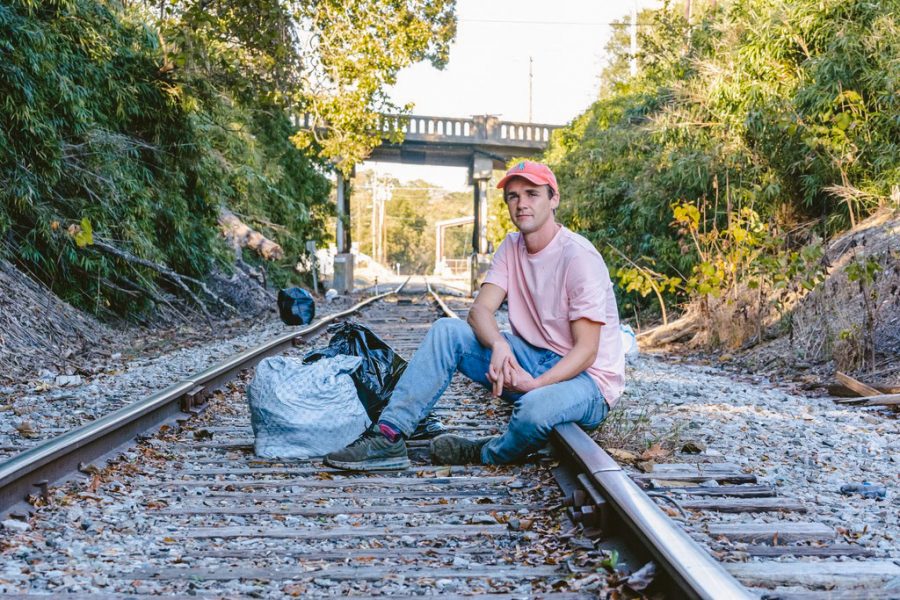 Daniel Toben sits next to the garbage he had picked up. Daniel Toben shows how little things such as picking up trash can make a huge impact.

You can’t go for too long reading the news or browsing the web without running into a reminding headline that the planet is undergoing catastrophic climate change brought on by centuries of unchecked industrialization, pollution and societal ignorance.

In these times where many feel hopeless and depressed, we can find solace when looking to the acts of individuals who aim to make the world safer. On this level of sheer determination, one man has embarked on a war to end pollution and trash in our nation.

Daniel Toben is from Chapel Hill, North Carolina and has an undying passion for the environment. Responsible for cleaning up almost a million and a half pieces of garbage from natural areas (collecting 2,300 bags of trash in 2020 alone), he aims to earn a living doing this passion project and is quickly becoming famous.

“When I was a freshman in college I walked to class along a path overlooking a stream on campus, and I felt a strong connection to that stream because it represented an escape from the hectic life of homework, excelling in school and achieving success socially,” Toben said.

Like his life, Toben said it was filled with trash; hundreds of plastic bottles and other waste floating down it for everyone to see. He struck an empowering moment when he chose to clean up that stream and make it a symbol and sanctuary for himself and the campus.

“I received thanks from the school by being featured in the newspaper,” Toben said. “I fell in love with, and I feel, fulfillment in the restoration of the planet.”

Toben’s determination and unusually hands-on approach to tackling massive clean-up operations in streams and parks has led to a viral following of his efforts on the likes of Instagram and especially Reddit, where he has frequently made the front page. While fame is a welcomed ramification of his quest, Daniel has remained clear on his real desire to help inspire others.

“Every student hoping to help the environment should accept a shift in expectations and perceptions,” Toben said. “Choosing to pick up litter on the sidewalk is not sexy, but it is beautiful. Choosing to make other environmental changes in your life is equally important. We can all make our effort and collectively change the planet.”

Toben of course had various stories from his escapades to share, from tales of finding and rescuing lost dogs, discovering discarded wallets and even a massive safe vault.

Toben has made more tangible calls to environmentalists, as he is currently coordinating and reaching out to interested programmers and web developers in hopes of putting together a website aimed to continue the mission on a much larger scale.