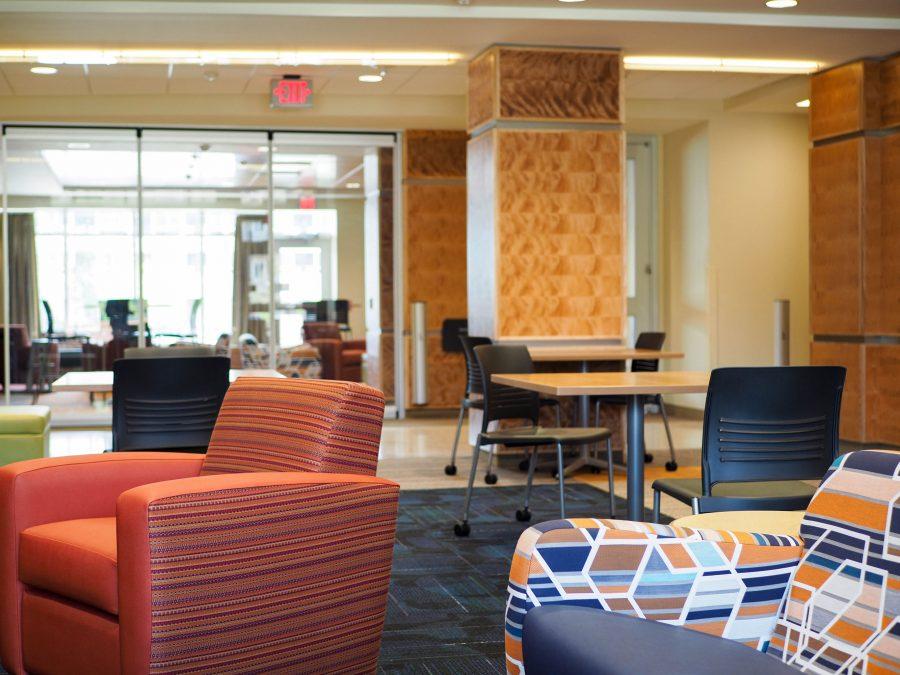 The University has built two new residence halls — Nugent Hall and Bousfield Hall — Since the construction of the Ikenberry Commons in 2010. This is no coincidence, said Alma Sealine, director of University Housing.

Each of these constructions is part of University Housing’s Ikenberry Commons Master Plan, an effort to renovate the Six Pack by way of replacing all affiliated residence halls with new buildings.

There are no exact deadlines for individual buildings because of budget and rate considerations, but one new residence hall will open this fall: Wassaja Hall. Wassaja Hall will be taking the location on the plot of land that was formerly Forbes Hall.

Sealine said the name for the hall came from soliciting suggestions from students.

“After we named Bousfield after the University’s first female African-American graduate, we still had names that were in the running,” Sealine said. “Wassaja was the name that was most recommended.”

The student voters were all leaders from student organizations affiliated with University Housing. After the students voted, the name was taken to former chancellor Phyllis Wise for approval. After Wise gave her permission, the Board of Trustees approved the name in the fall of 2014.

Lynn Basa, the artist who created the artwork for the hall, said she finds the tribute to Wassaja fitting for college students. Basa created a series of three Yavapai baskets that make a path leading up to the hall.

“Wassaja made his own path, made his own way. A lot of students can relate to that,” Basa said. “We make our own paths. I hope people don’t follow the path that is expected or given to them. College is a time when you discover your own path.”

The baskets will increase in size along the path as well as light up from the inside at night. The artwork is a beacon for the residence hall that will be able to be seen from every resident’s room.

Basa credits the University’s patience in helping her to deal with frustrations.

“Nothing was easy about this installation and creation,” she said. “We’re still down to the wire with it. The University was really great to work with, and they took it in stride. That made it a lot easier.”

Despite the hard work and long hours Basa put into the artwork, she said she remains happy that she applied to be the artist for the new residence hall.

“I’ve been more and more interested in place making and public art and the landscaping element. I liked that you could look down on the site from the dorms. You can see the full composition that way,” Basa said. “That way, it can be an experience that you could then see at the ground level too. I love the idea of beacons outside of a resident home. They show you the way home, functionally and symbolically.”

Overall, Basa said she wants students to think about what the path of baskets symbolizes.

“They should think about what type of adversity the students before them went through to get an education at the University and be inspired by that,” Basa said. “It is a privilege to be able to get a college education. Don’t take it for granted, and find your own path.”

In addition to the artwork, Sealine said the building will have other attractive amenities.
Wassaja Hall has been constructed in a pod style. There will be 50 students per wing, with four bathrooms per every 10-12 students.

Sealine explained that Wassaja Hall wants to provide a more private bathroom experience for its occupants. In addition to having the choice of double or single rooms, the building will be the first in the Ikenberry Commons Master Plan to boast solar panels. Students will be able to track the energy conserved online.

Wassaja Hall is working to obtain a Leadership in Energy & Environmental Design Gold Certification through its sustainability initiatives.

Wassaja Hall’s wood paneling is also sustainable. The University used wood that was harvested in the 1800s. The school could verify its age because the wood was chopped by an axe, and saws were not used in the logging industry until the 1900s. This feature further ties together Wassaja’s graduation in 1884 and the building being his namesake.

Sealine said that Wassaja Hall is gearing its programs to be more focused on upperclassmen’s needs instead of solely focusing on freshmen.
Jada Smith, sophomore in AHS, has already moved into the building.

“I kept seeing the advertisements, and I figured it would be nicer than the other residence halls because it was new, and also it is more affordable compared to Bousfield,” she said.

Smith was specifically looking forward to the bathroom setup and is very pleased with how her living situation is turning out. “It’s better than I expected,” she said.

There will be a dedication ceremony on Thursday, Sept. 8 at 1:30 p.m. Members of the Yavapai tribe, including a descendent of Wassaja, will be in attendance.