Professor works to find a sustainable solution for water crisis 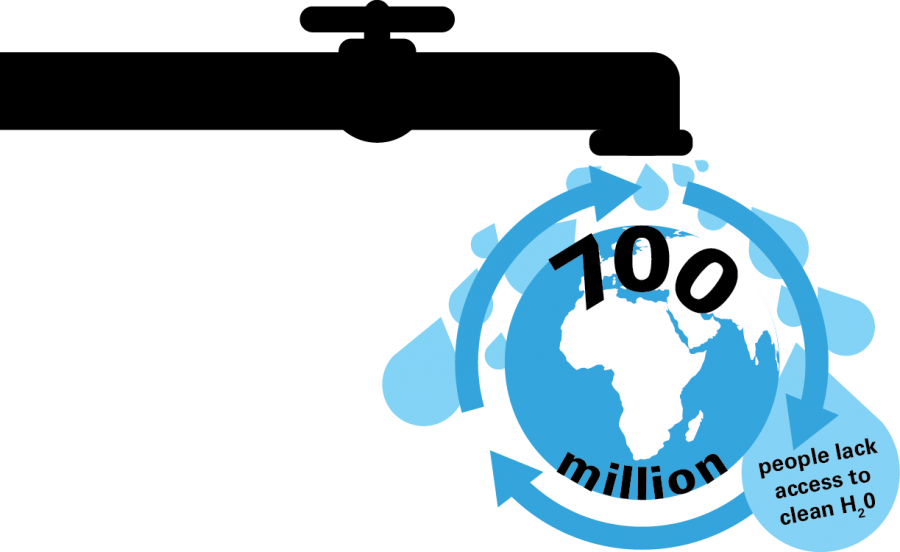 A person cannot drink what he does not have.

Yet, if a person has been able to drink knowledge, freedom and water his entire life, why should he care about others around the world who have not been granted the same privilege?

Jeremy Guest, assistant professor in civil and environmental engineering, said that the 700 million people who lack improved water sources are the driving force behind his work to provide clean, sustainable water for humans around the world.

“You think about the impact you want your research to have,” Guest said, “Especially when about a third of the world lacks access to what we consider to be the most basic human right.”

The first time Guest heard his calling was in a lecture given by Frank Rijsberman, at that time the director of Water Sanitation and Hygiene (WASH) through the Bill and Melinda Gates Foundation.

Guest was a doctorate student focused on reducing energy consumption through U.S. utilities at the University of Michigan. It was a rude awakening when he saw the many communities in developing countries thirsty for water.

He was unable to sleep for three nights after the presentation and instead stayed awake as he wrote down ideas. Rather than building bridges or helping create visually-stunning outcomes, Guest decided to pursue the complexities of water, one project at a time.

Today at the University of Illinois, Guest continues to focus his research toward the end goal of providing the world with sustainable water access and guides his students as they attempt to do the same.

Guest’s goal is to supply these areas not only with clean water for the immediate future, but with a service that will continue to supply water. This process of turning wastewater into drinking water is sustainable because wherever humans are found, there will be wastewater.

John Trimmer, doctorate student currently working with Guest and a past member of the Peace Corps, spoke about Guest’s goal of advocating not only for wholesome infrastructures, but the relationships that are built while working with the communities being helped. 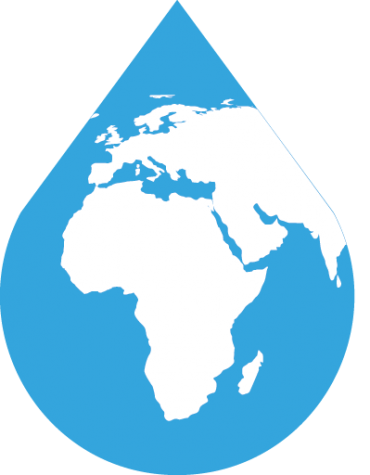 “I think most importantly, Jeremy [Guest] is committed to making sure we work with people in a way that is respectful and conscientious,” Trimmer wrote in an email.

Guest visits sub-Saharan Africa twice a year, for two weeks at a time. During these visits, he connects with the organizations he works with during the rest of the year – African universities and non-governmental organizations.

As organizations look for solutions to problems, the answers they find sometimes leave the initial problem unsolved.

Guest spoke about the building of latrines in order to solve problems caused by open defecation. Communities saw a pit housed by concrete slabs and rather than using the infrastructure to defecate, they used it to store seed and grain.

Guest also explained how mosquito nets, intended for preventing malaria from spreading, are typically used like chicken wire to corral livestock; one problem is being solved while another continues to remain prevalent.

Guest said partnering with these universities and NGOs has provided a unique educational opportunity for those coming together to work on the same project.

Civil and environmental engineering students at the undergraduate, masters and doctorate levels all have the opportunity to join Guest’s team and research resource recovery.

Guest said the independent projects students pursue under his supervision will vary, but the underlying theme and goal is to utilize different methods to create a continuously accessible infrastructure.

Amanda Lardizabal, a doctorate student, emphasizes the value of working closely with a professor as passionate as Guest.

“He is as committed to his students as he is to his work, which inspires and motivates students to be as devoted to their work as he is,” Lardizabal wrote in an email.

Lardizabal notes the importance of caring about the work needed to complete the group’s project, yet goes on to explain how Guest’s influence travels outside the laboratory doors.

“He inspires his students to not only be great researchers, but innovators and leaders as well,” Lardizabal said.

Being human-oriented versus result-oriented provides a well-rounded perspective to Guest when working abroad. Guest said his focus is to help improve lives as soon as possible, especially if the circumstances are ones he has never faced himself.

Peter Luswata, the head of an NGO in Uganda, works with Guest on converting pig waste into energy through a process where manure is fermented into a biogas. This energy can then be used to power the infrastructure responsible for cleaning the water.

In leveraging approaches to reach a larger scale and realizing milling corn will produce more income, Luswata and Guest enable the NGO to have a wider reach.

Guest said both he and Luswata have enjoyed their collaboration together. Guest dismissed the notion of cultural barriers and emphasized human connection.

“We’re all just people who want to live out long, happy, successful lives,” he said. “We want better for our kids. There are many connections that transcend where you are and what language you speak.”

Although Africa is the prime focus of Guest’s work and research, he does not turn a blind eye to the demand for clean water in America. The water crisis in Flint, Michigan, rose to the country’s focus less than a year ago.

Guest recalls being disturbed by the news, specifically in regard to the children whose tap water contained elevated lead levels, which in turn could lead to long-term health complications.

Guest said that there is an understanding that most of America’s water is clean and safe, and there is a sense of trust in those who are in charge of supplying it. Unfortunately, that is not always the case.

Even after 11 years of working with waste water and advocating for sustainability, for Guest, there is no question of whether to delve further into this work or take a different path.

Guest said his future research and projects will continue to integrate technology and development with a focus on providing not only infrastructure, but also a service for communities in East Africa.

The personal significance of Guest’s work is transparent. His office is covered in children’s artwork, a clock with water designs and a painting illustrated with the word ‘water’ in several languages.

Trimmer recognizes Guest is not in the “water business” for acknowledgement nor academic accolades. His motivation lies in knowing his work will better the lives of many.

“When it comes down to it, I believe there are truths that are intrinsically valid,” Guest said. “One is that everyone deserves safe access to water and sanitation.”

A man who has always had water to drink can still help those who have not.