Football basics for the first-time fan 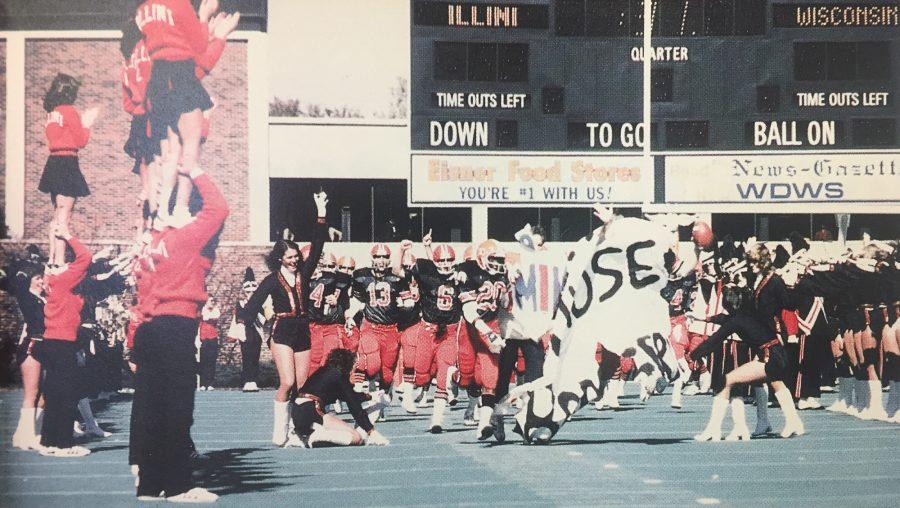 As Halloween passes and Thanksgiving draws near, it is time for Dad’s Weekend once again at the University, which means only one thing: Dad’s Day for Illini football.

Haven’t checked out Memorial Stadium yet this year, and concerned about what to talk about and what to check out on game day? A quick recap of the season so far should have you talking football like a pro to your dad and anyone around you.

Illinois football has struggled on the football field this season ever since demolishing Murray State 52-3 in Week One. The Illini fell to non-conference opponents North Carolina and Western Michigan, and they dropped their conference opener at Nebraska.

The heartbreaking loss this season was at home against Purdue when kicker Chase McLaughlin missed a game-winning field goal as time expired. Backup quarterback Chayce Crouch fumbled in overtime close to the goal line, and Purdue won the game 34-31.

The quarterback situation for the Illini has been in limbo since starter Wes Lunt went down with an injury in the game against Purdue. Illinois started Lunt against the Boilermakers, Crouch against Rutgers, and Jeff George Jr. against Michigan — the first time since 1942 the Illini started three different guys in three consecutive games.

Luckily, Michigan State isn’t going to be much better on the other side of the field — it’s an absolute dumpster fire this season after making the College Football Playoff semifinals a season ago.

Even if you have not attended a football game this season or paid much attention to the team, you’re aware that Lovie Smith is the new head coach of the Fighting Illini.

Smith, the former head coach of the NFL’s Chicago Bears and Tampa Bay Buccaneers, accepted his first collegiate head-coaching job back in March. Lovie brought the Bears to the Super Bowl — only to lose to the Indianapolis Colts — back in 2007 and still owns the hearts of many Bears fans as the team struggles through the 2016 season.

Smith recruited a great coaching staff, including former NFL Pro-Bowler Hardy Nickerson as defensive coordinator, but you shouldn’t act too starstruck at the site of seeing Lovie roam the sidelines — he’s not here for the fame; he’s here to build the program.

Opening in 2015, Grange Grove is the new go-to place for tailgating outside of Memorial Stadium. Previously a parking lot, Grange Grove — named after Illini great Harold “Red” Grange — is a fun and free place to experience on game day, and it opens at 7 a.m. The football team, led by Lovie Smith, walks through the Grove as the Marching Illini blasts the school fight song.

Speaking of the Marching Illini, stay in your seat during halftime for the band’s Dad’s Day show, which features a kick-line of awkward fathers dancing like they are once again college students chilling at Red Lion. Toward the end of halftime, clap along as the Marching Illini honors the University with the Incomparable Three in One, which is in its 90th year.

Stephen is a sophomore in Media.