Your instructors are people, too 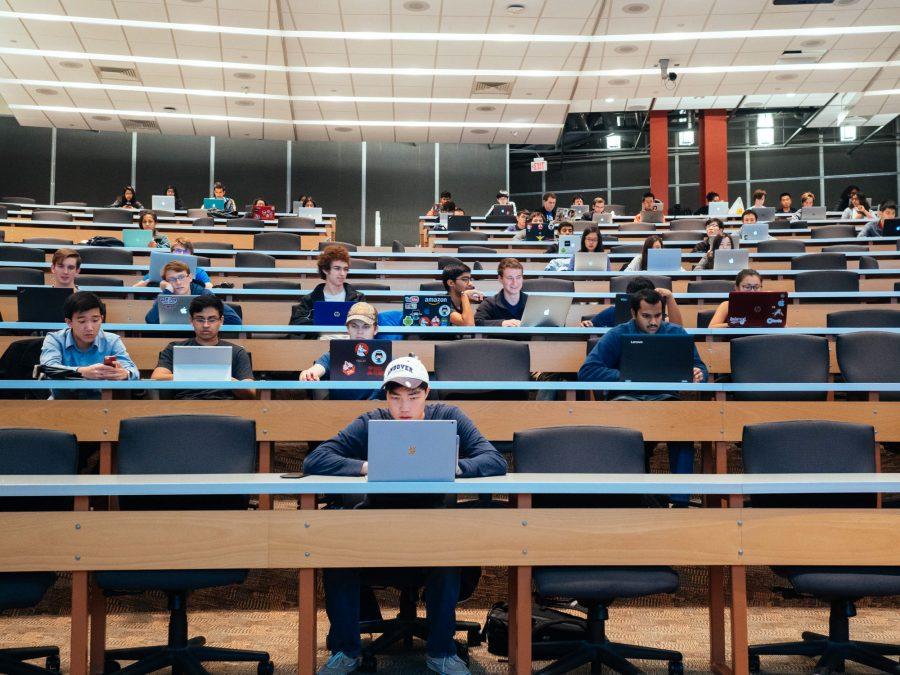 Students get ready for the honors section of CS 196: Intro to Computer Science for CS Majors on Tuesday night in the Seibel lecture hall.

Every year when people are sitting in classrooms, I feel as if some students think that their TAs or professors are some mutant aliens brought to Earth to do nothing but cause harm to their students. The way some students talk about their professors, they’re intentionally trying to ruin their lives.

While I understand you’re going to get instructors who frustrate you, hurt your feelings or you feel simply don’t care about you or your learning, these instructors are people, too.

While in these classrooms, I hear people making fun of their instructors for physical characteristics or say rude things out of frustration. While it’s understandable to get upset when you have instructors you don’t like or you feel aren’t a good teacher, it’s not fair to then make fun of that person.

While you run into these issues, there are a few things you can do to improve the situation instead of just being mean.

If you feel that they’re not teaching well enough and you aren’t understanding the information, you calling them ugly probably won’t change your understanding of calculus. Instead, try going into study hours with them; they might be able to better adapt to your learning style by meeting with you one-on-one.

If you think that they’re being just plain rude to you, treat them like you would if an acquaintance of your’s was acting this way. If they are coming off cold to the entire class, then that might just be their personality. Although if you think they’re specifically targeting you, then this might be a bigger issue. If you think they are taking it to an extreme, consider going to either the TAs, the professor in charge of the course or the head of the department if it is a professor. While I’m not suggesting you run and tattle if you’re given a bad grade, you should definitely go talk to someone if you feel you are being personally attacked.

Overall, not every instructor you have will be your best friend or change your life, but just because you wouldn’t hang out with them on your own time doesn’t mean you should make fun of them.

If you want to rant, rant away, but next time you think about saying things about your instructor’s personal appearance or joke about their personal life, rethink what you’re going to say.

Besides, if they’re really that awful of an instructor, don’t worry; you’ll get the ICES form at the end of the semester.

Kelly is a sophomore in Education.