‘Women in Microbiology’: breaking into STEM 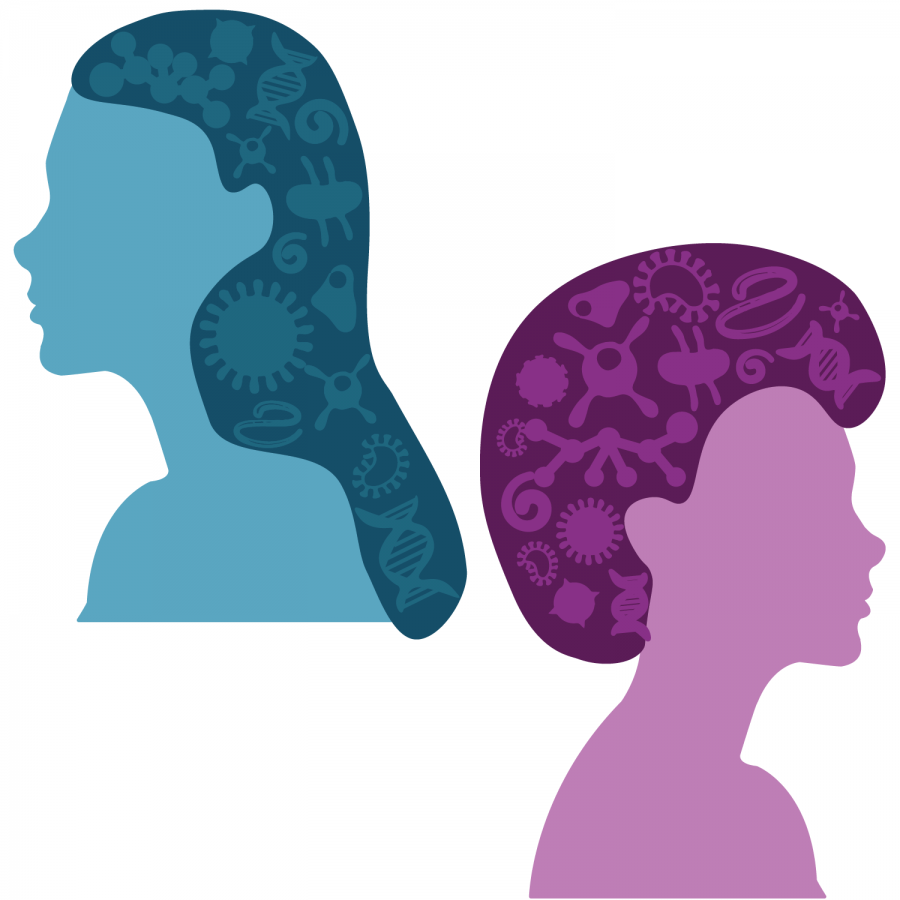 Women in STEM-related fields have faced various forms and degrees of discrimination since the beginning of coed universities. In many cases, women have been told they simply aren’t good at math by nature, or that only men should want to go out and collect microbe samples from the dirt, or that they can’t be mothers and professionals in their fields.

Thankfully, we now live in a world where these types of deceptions are being recognized and rectified more frequently.

Not only does Illinois have strict policies in place that prevent and punish gender discrimination of any kind, but the world around us is also becoming more accepting of all people in STEM fields. Women are no longer seen solely as the homemakers or caretakers, but the strong, intelligent and professional people that many are.

In a world where views surrounding the women in STEM-related fields are beginning to change, literature is following suit. More textbooks are including female scientists and engineers and crediting them where it is due, and women are publishing their experiences.

It is through this sharing of experiences that the book, “Women in Microbiology,” was born.

In May 2018, “Women in Microbiology” was published by the American Society for Microbiologists Press. It was written by a collection of authors, and it was put together and edited by Dr. Rachel Whitaker of the University and by Dr. Hazel Barton of Akon University in Ohio.

This book is a collection of stories from women in the field of microbiology, written by women and men who found the individuals featured in the stories particularly inspiring.

“We started by asking real women in science: Who inspires you? And when they got back to us, we would ask if they wanted to write about her for the book. And although this book is not a representative overview of women in microbiology, it provides just a few examples of some inspirational women in the field,” Whitaker said.

Each chapter is a new story, taking place at different time periods, across the U.S. and across the world. The women featured have astounding scientific discoveries associated with them, but the book pushes a focus on the women as individuals who face personal pressures as well.

“We wanted to focus on who they were that made them inspiring,” Whitaker said. “The science these women did was obviously inspiring, but we wanted the book to be accessible for an audience outside of science fields.”

This book is certainly one written for the masses. And while the title implies it was a book written about women, for women, anyone can read these stories of triumph.

“I learned that it really is true that everyone has a story. Everyone was so inspirational, and the important thing for me (to realize was that) they didn’t just bring ideas to the table, but passion,” Barton said.

The authors published “Women in Microbiology” for a vast audience to inspire, motivate and share the achievements made and struggles encountered by women in STEM.

Almost all the women in the book faced some sort of hardship through discrimination upon entering their field of choice, whether that was being the only female staff member of a physics department, nearly being shamed out of school for being pregnant, or getting “playfully” pinched in the elevator by male colleagues.

Some of these acts may sound outdated, as if there’s no way they could continue in today’s world, but many of them still exist for women in the workplace.

“All my advisers coming up were men, so it was interesting when I was invited to write this book because I had never run into any glass ceilings or misogyny or anything. My gender had never been an issue for people in my field,” Barton said. “But when I started talking to the women around me and reading the literature about women from the past, I was shocked.”

In STEM-related fields at the University, more women have recently been given opportunities to lead lectures, write books or sit on corporate or trustee boards.

Rebecca Wipfler is an undergraduate in Dr. Whitaker’s lab at the University, and a prime example of an inspirational woman in science and someone who gets to move forward freely in a world where women are less discouraged in STEM – related fields than they were in the past.

“I have never personally felt discriminated based on my sex or gender in science, both in any laboratory I’ve been a part of or in any science class,” Wipfler said.

Based on ongoing movements and issues, a long road remains to ensure every woman can say as confidently as Wipfler that she has never dealt with gender-motivated disrespect or discrimination.

“I think the glass ceiling isn’t gone, it’s just gotten a little higher. But with the progress we’ve been making, eventually we’ll break through it,” Barton said.

“Women in Microbiology” was released at an ideal time, to remind and push those in STEM fields and elsewhere to treat and respect everyone equally, regardless of gender. Both as an advocation for women and an inspirational piece to all, this book is sure to influence readers and leave them with a sense of hope.

“The people featured in this book really show you what a lasting impact you can leave, not only in your field with your work, but on the world with your passion,” Whitaker said.