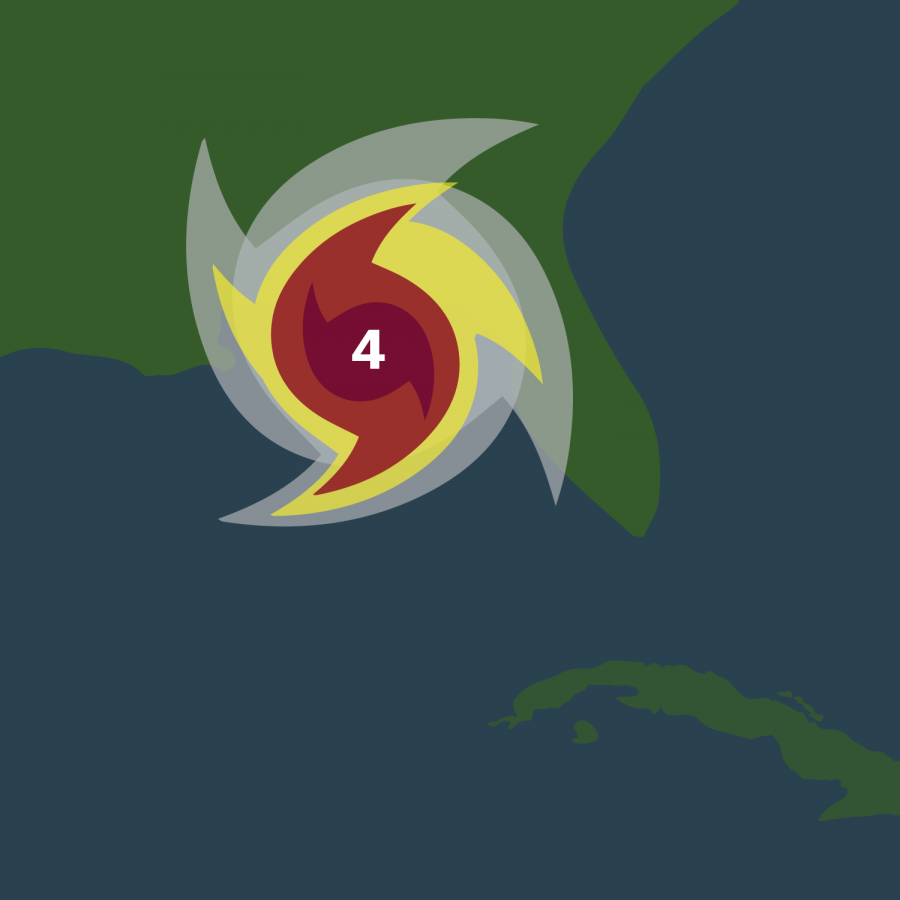 Florence, Helene, Leslie and Michael: These are the names of the four hurricanes that have occurred in 2018. The rate of severe weather occurrences has appeared to be on the rise over the past few years. The rapidly growing danger is becoming a concern for more and more people, and society is desperate for solutions.

To comprehend why storms are getting larger and more perilous, a look into recent weather patterns is crucial.

A study from the Insurance Information Institute aids in putting the strength of these recent storms into perspective. The study first cites there were 147 deaths due to hurricanes in 2017 alone, almost four times more than the 36 deaths recorded in 2016. The study also states, “The 2017 Atlantic Hurricane season was the first time that three Category 4 hurricanes — Harvey, Irma and Maria — made landfall in the United States and its territories in one year.”

Based on this study, a frightening trend begins to emerge in the pattern of severe tropical storms. The strength of these storms has been noticeably increasing, and it is important to understand the specific science behind episodes before society can appropriately respond in the future. The stakes are higher than ever with a deadly combination of dense coastal populations and the unpredictability of storm strength.

Dr. Deanna Hence is an assistant professor who works with the University’s atmospheric sciences department within the School of Earth, Society and Environment. Her work has helped shed light into the scientific minutiae of tropical storms. Specifically, her field of research most recently involved finding out how severe tropical storms, such as hurricanes, affect human populations. Hence’s work will help further our understanding of the increase in strength of recent storms.

Hence first tried to explain how climate change is expected to change these storm phenomena.

“One thing that I have to think about is that as these larger-scale atmospheric patterns change with climate change, that does affect when and how and where those weather systems happen,” Hence said. “Like with tropical cyclones, for example, as the oceans warm up and as sea levels rise, both how tropical cyclones behave and their impact through more storm surge are predicted to change with the climate.”

“The biggest thing that is thought about in terms of the storm size mostly has to do with the things that would help the storm be stronger; such as low vertical wind sheer, high ocean temperatures, things like that,” Hence said. The complexity of storm systems and climate-changing factors has caused research in predicting storm strength to be much more difficult.

The science behind hurricane research is relatively new, however, and there are still many things scientists are still trying to figure out.

“One of the things that makes it the most difficult to forecast their intensity is that we are still trying to understand how the storms interact with these larger-scale atmospheric processes,” Hence said.

“As we have had experience with Hurricane Michael, for example, where the storm got way more intense than anything we were able to predict, those are the kinds of problems, like what led to Michael being able to intensify so fast? Was it something within the storm? Was it something within the environment? It’s those intensity changes that are still our weakness when it comes to prediction,” Hence said.

An important factor to note within the relationship between climate change and hurricanes is that climate change often increases the intensity of these storms, but not how often they occur.

“In the U.S., the major hurricane that hit Houston last year — Hurricane Harvey — was about three times more likely to be that intensity due to the fact that the climate has changed,” said Dr. Donald Wuebbles, Harry E. Prebble professor in the Department of Atmospheric Sciences. “Changes in climate are already showing us a significant impact on hurricane intensity. Not on hurricane number, however … We never have expected the number of hurricanes to increase, only the number of intense hurricanes to increase.”

It is more important now than ever for the field of tropical storm study to place a heavier focus on studying atmospheric sciences in order to gain a greater understanding of how to prevent future devastation. Moreover, it is important that society takes steps to become more educated and aware of the causes and disastrous effects of climate change.