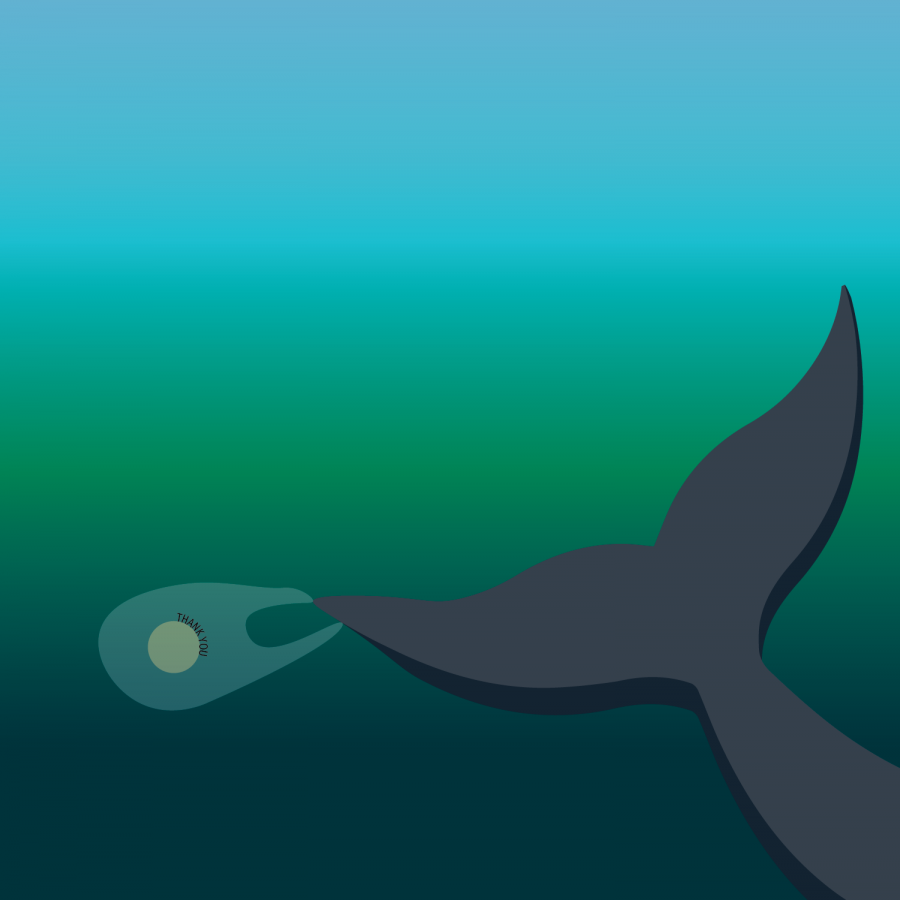 Samuel Panno is concerned about plastic pollution in the environment. He recalled clusters of water bottles in the ocean while in North Carolina and described images of washed-up whale carcasses full of plastic as “shocking.” The geochemist said 8 million tons of the petroleum-based material is added to the ocean every year, and the statistic elicited a sigh of exasperation from John Scott, a chemist and co-worker in the same room. The two scientists at the University-affiliated Prairie Research Institute can’t even escape the substance during fieldwork in Illinois.

“Single-use grocery bags are like little parachutes,” Panno said. “We go to landfills for other studies, and the farm fields next to land are just strewn with plastic bags.”

Plastic pollution stretches beyond the surface and into the ground, according to new research by their team. They published a new study finding microscopic plastic fragments and other contaminants in local underground aquifers, a source of drinking water for many. Published in the journal “Groundwater,” their research is some of the first to examine the presence of these “microplastics” in limestone aquifers, which provide 25 percent of the world’s potable water.

Unlike the microbeads banned by many countries in 2015, the microplastics found in the aquifers — smaller than a grain of rice — likely originated from plastic trash broken down by environmental weathering. Now they’re piling up over 100 feet below the surface in caves and cracks that comprise aquifer systems.

The research team conducted the experiment by sampling two aquifers along the western border of Illinois, one near St. Louis and another in the northwest corner of the state. After conducting a laboratory analysis at Loyola University Chicago, it found small plastic fibers present in nearly every water sample.

The team also identified compounds of medicine and personal care products in the water. Panno and Scott speculate they stem from runoff produced by septic tanks and sewage treatment plants.

They make for a potentially hazardous cocktail of pollutants, according to Wei Zheng, environmental chemist and co-author. Microplastics can pose a health risk by acting as a sponge and absorbing a variety of compounds.

“They have a very small size, but a large surface area,” Zheng said. “They can accumulate toxicity, even pathogens.”

Due to the prevalence of limestone aquifers on the planet, similar concentrations of microplastic may be widespread in drinking water. However, Scott said the toxicity and risks of microplastic contamination are not well studied, which makes determining a “safe” amount of plastic to ingest difficult to determine. He is concerned about the effects of long-term exposure to the contaminant.

“How much pharmaceuticals would you want in your drinking water?” he asked rhetorically. “What’s your answer?”

This issue has caught the attention of experts in other fields, such as Cory David Suski, a professor in ACES who was not involved in the research. Suski studies animal behavior and physiology and has developed several fish conservation strategies. The study raises questions about microplastic safety that have implications in aquatic ecosystems, he said, such as how the swimming, feeding and reproduction of fish are affected.

Suski also sees the study as an important reminder of the ubiquity of plastic pollution.

“Most people are aware of plastic pollution, but it seems very distant; it’s in the ocean, it’s in the floating garbage patch,” he said. “But this study is in Illinois. It’s not too far from here. It’s in our environment, so I think this hopefully would bring home how it’s not just something happening in a different part of the world. It’s something that’s happening here.”

Other contributors to the research include the Illinois State Water Survey, Illinois Sustainable Technology Center, Loyola University Chicago and the League of Women Voters of Jo Daviess County.