Graduation speaker to tell grads to find their ‘why’ 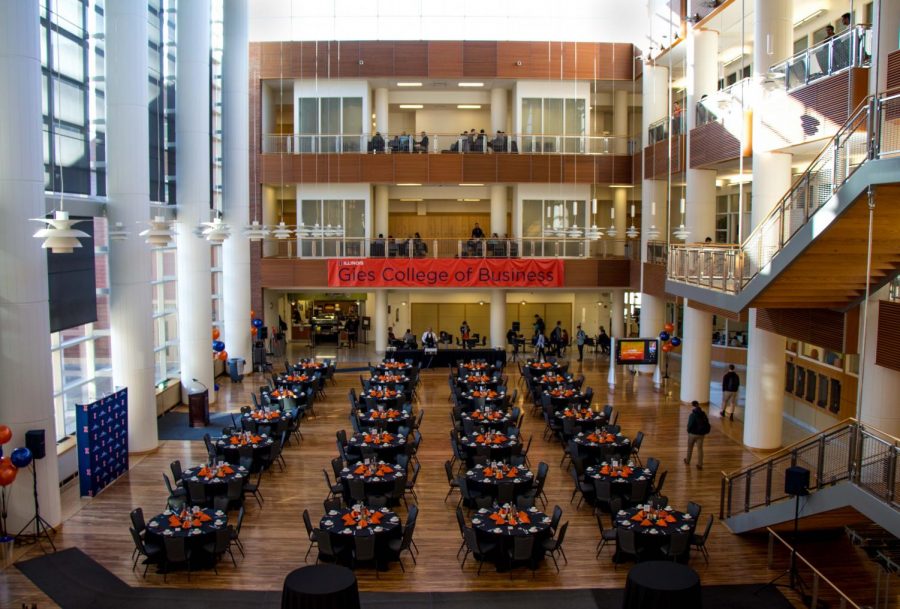 In 1984, Larry Gies was a small-town boy from Mendota, Illinois, and a freshman at the University. When his introductory writing professor returned their first essay to his classmates, Gies watched his peers’ faces drop as they received scores of C’s and D’s on the assignment and because he didn’t get his paper back, he assumed he aced it.

The teacher then asked him to stay after class and was shocked to learn English was not his second language. Gies, a first-generation college student, proceeded to sit with his teacher every day on the Main Quad over the course of the next few months to learn the fundamentals of writing.

Today, Gies leverages his communication skills as the founder and CEO of Madison Industries, a privately held company supporting entrepreneurs and sustainable structures around the world. Gies is well known at the University for his $150 million donation to the College of Business, renamed the Gies College of Business, in the fall of 2017.

Gies will be the commencement speaker for graduation at Memorial Stadium on May 11.

In preparation for the speech, Gies is reflecting on his own time at the University. He credits his success to the opportunities and experiences he had at the University such as developing a strong personal and professional network.

Gies first met his wife, Beth, while she was walking out of her sorority house.

Back then, she took him to tutor underprivileged children in the C-U community. Years later, they continued to tutor children in Chicago’s Cabrini Green, a former public housing project.

“Because we started sharing (tutoring) more and more, we would talk about these kids and what we hoped for them,” Beth said.

The Gies family strives to democratize education, meaning to make education accessible to all people regardless of socio-economic status. They helped create the Gies Campus of Chicago Jesuit Academy, an all-boys school on the city’s west side.

Larry himself has been returning to campus for the past 25 years to guest lecture. Ten years ago, students inquired why he made the career decisions he has, and he was then forced to ask himself why. Finding one’s why, pursuing one’s passion, is advice Larry often gives to students. It will also be a recurring theme in his commencement speech.

Larry said his why is twofold: to democratize education and “to make the world safer, healthier and more productive.”

“I would expect his speech provides inspiration to the new grads about taking risks, being ambitious, following your dreams and really doing things that have impact,” he said.

Larry has already begun drafting his speech, making edits as necessary. He remembers Washington Post columnist and Champaign-native George F. Will was the commencement speaker when he graduated in 1989.

“What I remember about George Will was he was a great storyteller,” Larry said.

He also hopes to use anecdotes to capture the graduates’ attention and reinforce his larger message of finding one’s why. Speaking about his 22-year-old self, he wishes “someone would have told (him), ‘You don’t know anything.’”

Beth is often the first to hear the different renditions of her husband’s speaking pieces. She has long supported him, working three different jobs at one point when his company was beginning. She will also be in attendance at commencement.

Larry hopes to encourage new graduates to try foreign experiences until they find what drives them — while still paying the rent, of course, he said.

“If you get all these experiences, you’ll find your why,” he said. “Every time I take a risk and experience, something great happens.”

Sidney is a junior in Media.