Break it, buy it: Know this before breaking a lease 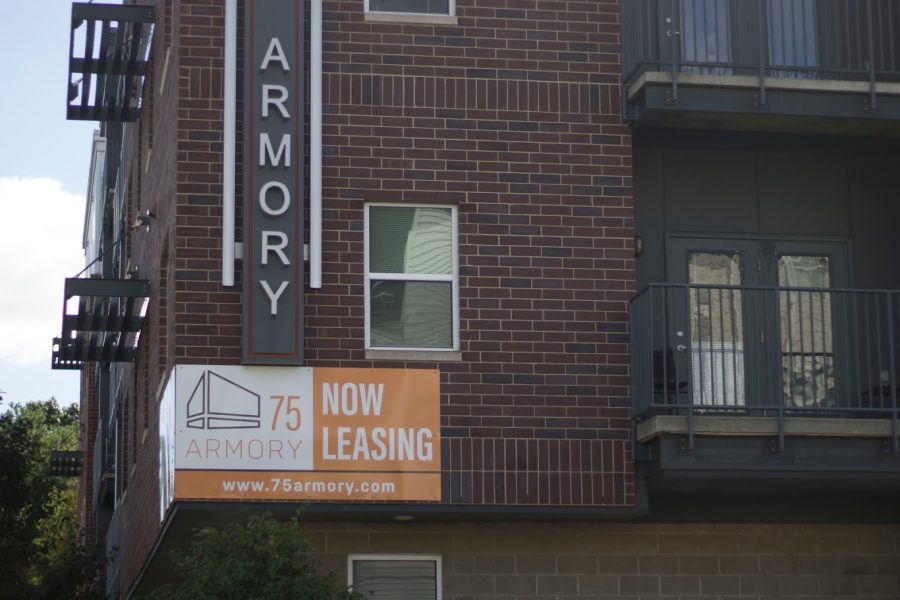 A sign advertises open leases at 75 Armory in Champaign. Choose an apartment that satisfies your needs and desires to minimize the risk of breaking a lease.

I remember the pure, unadulterated excitement I felt almost two years ago as I signed my first apartment lease. I sat next to three of my friends and giddily signed my initials on pages of leasing documents, already thinking about things like decorating and learning to cook.

Fast forward about six months, and the satisfaction I felt signing that same lease over to someone new was liberating. My living situation had gotten nasty. One of the three other girls I had signed with showed the ugly side of her our second semester here, and the rest of us just couldn’t imagine having to live in an uncomfortable environment. She happened to be my roommate at the time, so I knew what continuing to live with her would mean for us. When things got particularly bad with her one night in spring of 2018, we did what any self-respecting people would do: We found a new place to live.

I don’t recommend signing and breaking leases just because you might not like someone anymore. Roommates sometimes just don’t get along, and that’s natural when you’re sharing your personal space with someone new. But sometimes, situations get out of control, and there’s no reason you should force yourself to live in a stressful environment when you’re already dealing with the daily anxieties of being a student.

To this day, about two years after I signed that lease in the first place, I’m still dealing with the repercussions of breaking it. Do I regret breaking that lease? Absolutely not. Breaking that lease gave me the fresh start I needed and made my sophomore year much less stressful than I know it would’ve been otherwise. But I do wish there were some things I would have known to do before going through with the process.

Ensure management gives you copies of every lease transfer, sublease, release document you touch or sign.

This one’s mandatory. You don’t know what management might say to you six months down the line when whoever took over your lease is trashing the place that was technically “yours” or skipping out on rent. But depending on the type of agreement you sign, you’re not responsible for that, and you can prove it if you have the receipts.

If management promises you’ll still get your security deposit back, get that in writing, too.

I’m still struggling because of this one. Just do it. If they give it back courteously at the end of the leasing term, great! If not, you have evidence of what you’re owed.

Ask what would happen if management changes mid-year and if this will incur changes to any of your agreements.

This also happened to me, and it was nothing short of tumultuous. I didn’t think to wonder about this because I just assumed management doesn’t change so suddenly. I was wrong, and the number of different people I had to talk to when things got messy can’t be counted on my two hands.

Trust your instincts on both the people you choose to live with and the place you want to live in.

Don’t settle for a cheap, bug-infested place just because someone else wants to live there. Don’t feel obligated to sign for a luxury building if you’d much rather live in more affordable digs.

There’s a difference between compromising and settling. Don’t do things you know won’t make you happy. You don’t have to.