Find your signature drink based off of your dorm 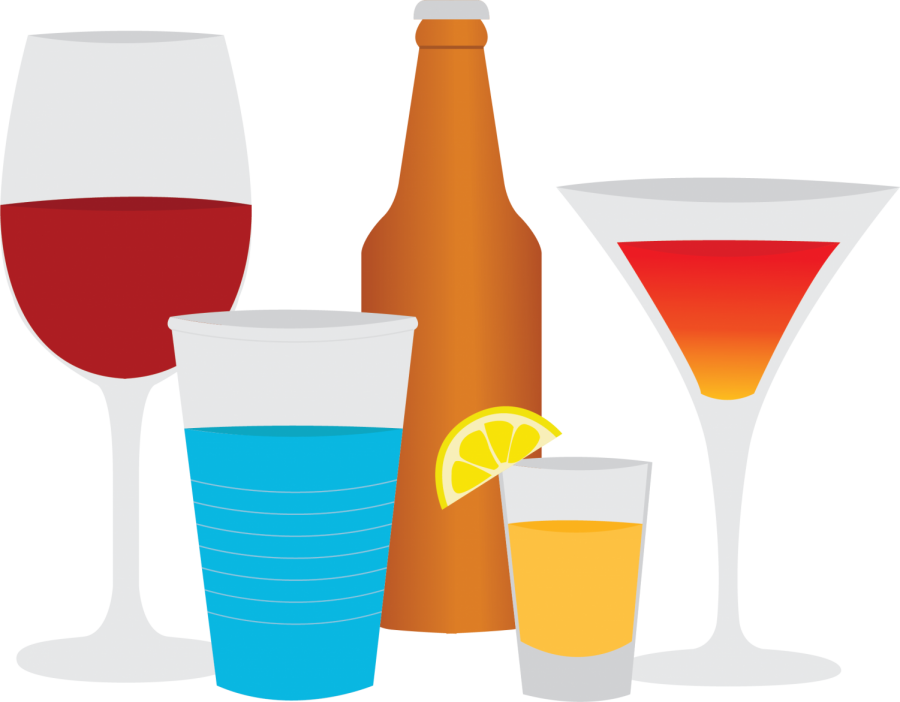 Let’s take it back to where it all started: The University dorms. No matter if you loved, hated or were indifferent about your time in the University’s housing, those days truly were a defining point in your college career. Let’s take a trip back in time and talk about what your dorm says about you, or more specifically, what drink your dorm would be.

Ikenberry North is the largest group of dorms on campus, consisting of Barton and Lundgren, Hopkins, Wassaja, Nugent and Weston, and is arguably the rowdiest group on this list. The keg stand is the perfect pick for the dorms closest to Frat Park and the Greek House party scene on campus. I think having a keg at a house party is a total indicator of an unforgettable night. If you called the Ikenberry North residence halls your home at some point or another, consider taking a kegger this weekend in tribute.

The tried-and-true classic standby that has become synonymous with KAM’s is the pick for the Ikenberry South dorms. The Ikenberry South cluster consists of Bousfield, Scott, Snyder and Taft Van-Doren. All of these dorms (except Bousfield, which is one of the newest and nicest residence halls on campus) embody the stereotypical, American dorm experience. The classic, nostalgic feeling of the halls of Scott, Snyder and Taft-Van Doren can be compared very closely with the feeling that comes from the joy of drinking a blue guy. Both of them can make you reflect on the wild nights of college with a big smile.

Pabst Blue Ribbon won the spot for Allen and with good reason. By being the cheap, indie beer that many college hipsters flock to, it seems like the perfect match with the perception of Allen Hall. Allen Hall has generally had the reputation of being the dorm for indie, theater kids to call home. Taking these factors into account, PBR wouldn’t be a better fit anywhere else.

Taking a cue from the engineering stereotype that often follows the residents of Illinois Street, their drink of choice would probably be water. This selection can be attributed to late nights spent cramming for exams at Grainger Engineering Library or frantically staying up all night to finish a complicated coding project. Because of the low-key, studious vibes that encapsulate ISR, water is the drink that fits that the most.

I lived at PAR during my freshman year of college, so I think this one resonates with me even more on the others. I also get similar energies from both PAR and FAR so that’s why I grouped them together. Burnette’s gives the vibe of cheap, terrible-tasting vodka that has contributed to many a hangover (helped with Gatorade and snacks from Penn Station, of course). The underrated but charming quality of a Burnette’s mixed drink and the PAR/FAR halls could not be a better match.

Like Bromley, the black cherry White Claw is the most basic you can get. Bromley is flooded with sorority girls and frat bros, so this flavorful low-calorie drink is great to get the job done quick and look good doing while you are doing it. Take advantage of the White Claw happy hour deals this week and look back on your time at Bromley fondly.

As anyone who was raised in the Catholic faith (as I was) knows, the wine during communion is a big part of the religious church service. I found this to be a fitting selection for Newman Hall because not only is it the Catholic dorm on campus, but it also has a church directly attached to the residence hall. A nice bottle of red wine is a good compromise and match when it comes to the drinking and religious identity of Newman hall.

No matter what dorm you called home during your early days on campus, (or if you lived in one at all), I hope this article has brought back fond memories of residence hall days, and I hope you enjoy your drink pairing!

Ava is a junior in ACES.