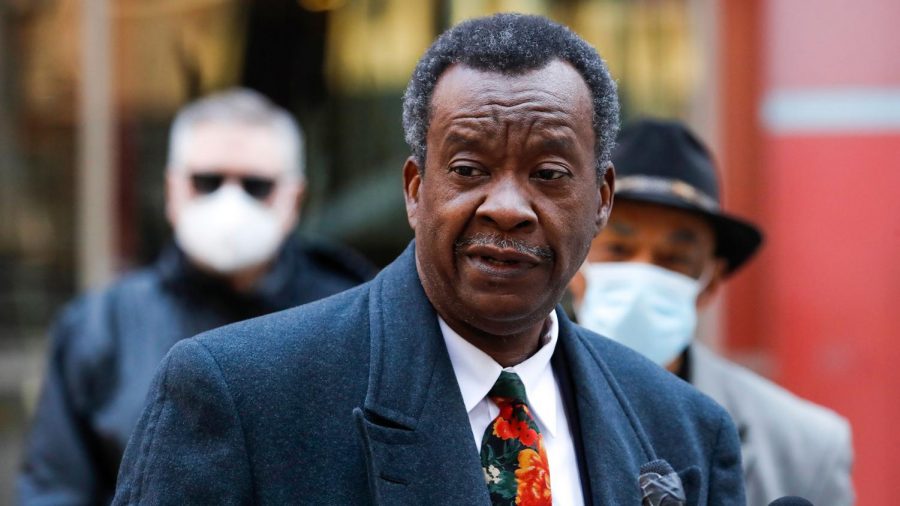 Willie Wilson departs a news conference at the Thompson Center in Chicago on May 12. Wilson is running as an independent under the Willie Wilson Party.

Who’s on the ballot? Here is a brief overview of what voters registered in Champaign-Urbana will see on their ballot.

The Illinois Allow for Graduated Income Tax Amendment would repeal the state’s constitutional requirement that the state’s personal income tax is a flat rate across all incomes. This ballot measure would pave the way for a graduated income tax, which means there would be different income tax rates applied to different levels of income.

All financial figures are from the Federal Election Commission’s website.

President of the United States

Carroll’s three priorities if elected would be “climate protection, health care for all and protection of life from conception to natural death” according to his Ballotpedia candidate survey.

Party for Socialism and Liberation

Curran’s stance on abortion, “I am proud to be pro-life—a conviction that is rooted in my Catholic faith.” According to his response to Ballotpedia’s Candidate Connection.

Black spent 37 years practicing law in Northern Illinois representing autoworkers in their everyday legal needs according to his website.

Wilson was a candidate for mayor of Chicago in 2019 but lost.

Bielert was born and raised in Champaign and opened a mechanics business out of his home, according to his website.

JJ is a junior Media.