Prioritize health, do not sweat burnout 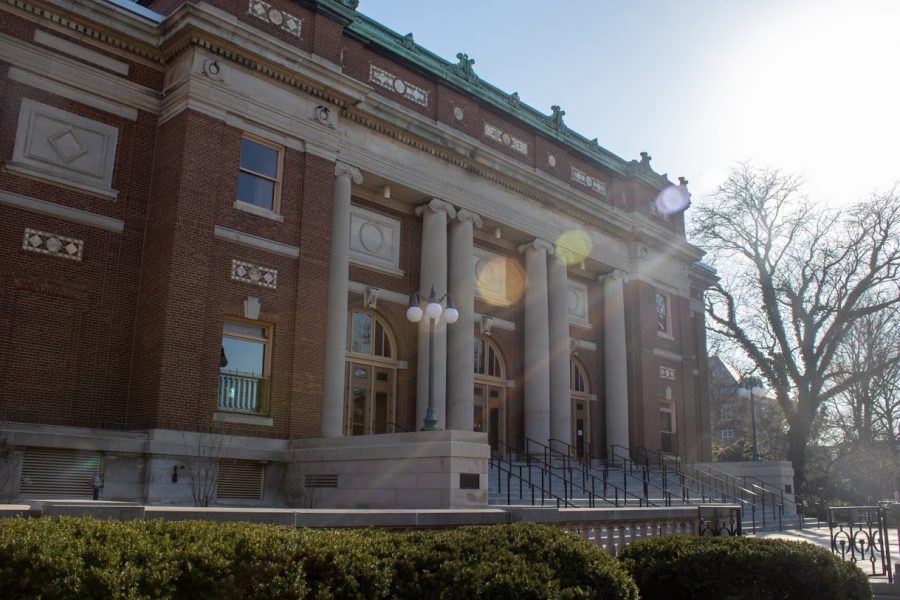 Foellinger Auditorium stands tall on the Main Quad. Students get ready to say goodbye to campus as finals come around.

It’s May once again and that means you’ve made it through yet another begrudging, infuriating and yet, what I hope was a complicated and fun semester.
It’s been over a year since all of us have been confined to our own living spaces because of the COVID-19 pandemic, and while some things have drastically changed, others have not. Chief among them: finals.
Finals are the final frontier, between every college student and three months of unhinged summer. Finals week is the last stretch of battle that people endure and prepare for with hours of grinding and relentless focus.
While most people stitch together some superficial understanding of the relationship between paying attention and being distracted, everyone seems to think that they’re opposites.
If you’re sitting down to study, getting some homework done or preparing for finals and you find yourself distracted by another enticing icon on your desktop and the four social media apps on your phone. Don’t be alarmed— everyone gets distracted. With finals being at the end of a four-month-long struggle, burnout and the stress that comes with it is the most common thing people experience.
Instead of trying to power through your inability to focus with unhealthy heaps of caffeine and stress, give in to your burnout early, allow yourself to be distracted. Contrary to popular belief, the opposite of focus is not a distraction, it is simply exploration.
People are easy to understand, everyone likes being entertained and occupied — but we can only be entertained by something for so long. If you’re feeling an absolute lack of motivation to focus and study, it’s because you’ve done it for so long.
Instead, go get a cup of coffee with your roommates. Sit and gossip for an unreasonable amount of time with said cup in the living room. Everyone has that one friend who has their birthday smack in the middle of exams: Go celebrate that birthday. Break the monotony of where and who you eat with. Frolic pointlessly on the main quad among the countless picnic blankets, hammocks and students playing spikeball.
If you’re someone who studies at home often, reserve a room at the library, or vice-versa. Convince yourself you’ll get some work done with friends and achieve nothing. Experiment with what you cook or eat. Reorganize and clean your room and/or apartment. Sit down and listen to your favorite albums and playlists in one stretch.
All of this is to say, if you feel unmotivated, burnt out, exhausted, stressed out and are panicking with the coming finals, know that it’s normal and don’t fight it. It’s pointless to force yourself to do something when you aren’t giving your 100%, so don’t panic if you aren’t spending a majority of your time grinding with pure focus. Take a step back, give in early, and give yourself time to revitalize yourself. However, if you have a final literally tomorrow, do not do any of this. Go study, you can frolic around campus before your next final.