Then and now: the evolution of dream jobs 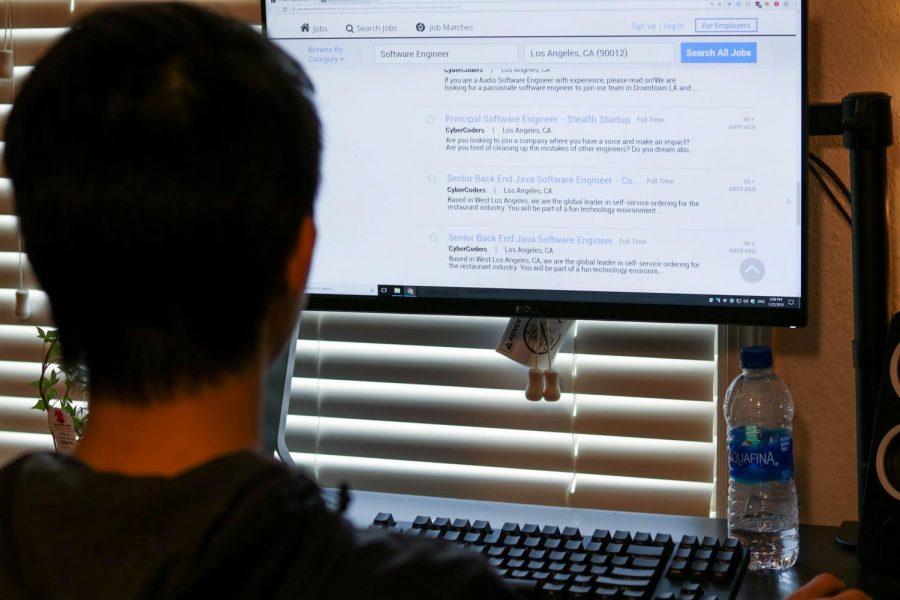 Is it really college without a little hesitation, switching majors and a couple breakdowns on what career path you want to take? It may take one of the above, or even all three, but eventually, we find ourselves on the right path to achieving what we want to do. Illinois students share their dream jobs for after graduation, some realistic and some a bit more far-fetched from their elementary school days.

“I want to be a college professor. A teaching position at U of I would be a really good job, but they don’t usually hire their own graduate students. I’m working on a Ph.D., which is writing a thesis based on some research. I knew that I wanted to be a professor probably in my junior or senior year of undergrad when I started taking more advanced math classes at Virginia Tech.

“I didn’t even realize or know what the job was outside of teaching until that time. I think I maybe wanted to be an astronaut or fireman when I was little.”

“I think I may be going to pursue a Ph.D. in statistics or data science. I wanted to be a doctor when I was little because everyone wanted to be doctors, but then in high school, I gave up on that because I did really badly in physics and biology, so that was not my thing.”

“I want to do accounting. Hopefully in the Big Four. Both of my parents are accountants, so I just want to take after them and it seems enjoyable as well. I wouldn’t necessarily say that I’m good at math, but I like it and I probably knew that I wanted to be an accountant since freshman year of high school.

“My dream job used to be to own a restaurant, but I realized that it’s not plausible because I don’t have money to start a restaurant and I can’t cook.”

“I’m a psych major, but I want to do dentistry. I’m taking bio classes and I’m also in Dental Club, which has a lot of events and I’m also shadowing a dentist.

“When I was little, I wanted to be a pediatrician, so medicine was kind of always it for me, but dentistry is definitely what I want to do.”

“I want to be a high school choral teacher. It’s what I’m really good at and I like working with kids. All the teachers in high school that I really liked were all in music. I want to be like my high school music teacher. She worked like a maniac and she was really good. I’m in two choruses this year: University Chorus and Oratorio Society. I’m also part of the Music Education Club.

“I think I wanted to be like Britney Spears when I was little, but it’s a little more realistic, I guess. I can’t dance to save my life so I don’t think that was going to work out for me.”

“I would like to work for an ad agency or an athletic company as a product designer or content creator. Aside from my required classes, I am taking classes in art and media and building a portfolio, stuff like that. Honestly, I didn’t even know about it until freshman year, pretty late in the semester and I did some research on it and realized that it’s kinda what I’m into, like the creative and arts side.

“When I was little I wanted to be an artist and I feel like I could do that through advertising, so it’s like almost having my dream job. I’m excited to see where it goes.”

“I want to be a developer. Well, I try to focus on my studies and then in my free time, learn languages and stuff that could help me get a job in the future. I’m learning them on my own on the computer. I’m not really sure what made me want it, but I’ve been exploring my options and I think that it would work for me as a career option. I bounced back and forth as well.

“I was one of those kids that wanted to be an astronaut, but now things are getting a little more realistic.”

“I want to be a pharmacist. I’m actually changing my major to interdisciplinary health next year in AHS. I’ll be doing pre-pharmacy and all that. My cousin’s a pharmacist and I’ve always found chemistry interesting, so I thought it would be a good job. She talks about it with me and I used to work at Jewel-Osco as a cashier, but I would talk to the people at the pharmacy.”

“I want to be a lawyer, maybe. I just always wanted to be one and I grew up watching shows with lawyers and I have family friends that are lawyers as well. I’m in the pre-law program and I’m studying for the LSAT, which is the test you take if you want to get into law school. I knew that I wanted to be one probably at the start of high school.”

“I want to work for the government, so mostly Homeland Security or Department of Defense. My dad loves reading the news and I think that’s when I started getting into current events and history in general. My focus is on international terrorism and I like the idea of finding out what made them do that and the psychology of it. I think it’s mostly Middle Eastern events that happened that really made me want to do what I want to do. I think I knew since my freshman year in high school.”