Is neurodiversity key to becoming next Elon Musk? 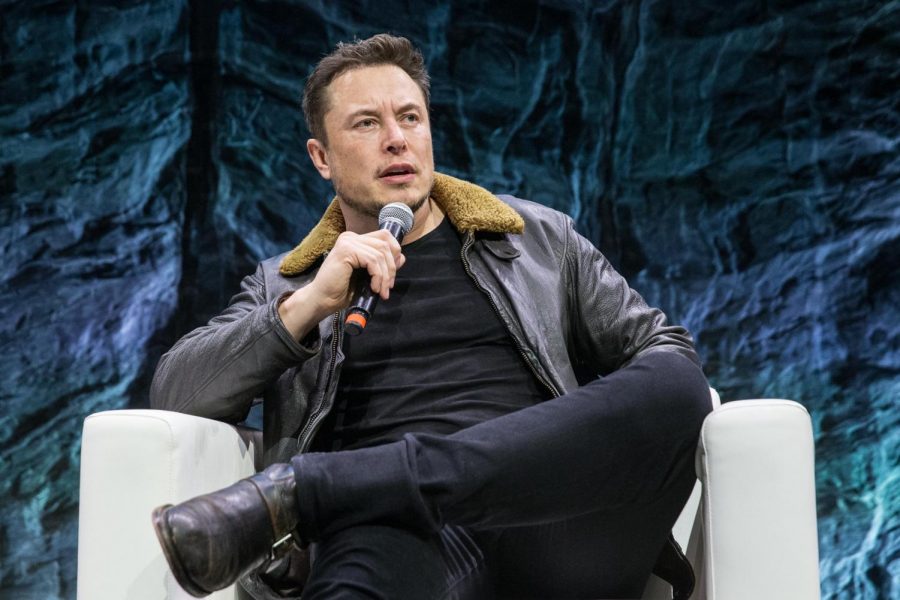 Elon Musk, CEO of SpaceX and Tesla, speaks during a South by Southwest session in Austin 2018. Musk, along with other well known entrepreneurs, have found success through tireless dedication to their companies.

So you think you have what it takes to become the next big tech CEO?

Given our ranked engineering program, this is not an unrealistic goal. UI’s Urbana-Champaign campus is no stranger to educating many tech entrepreneurs, such as YouTube co-Founder Jawed Karim and PayPal co-Founder Max Levchin. The University of Illinois is constantly brooding with innovative students of all sorts, with a wide variety of tech innovation RSO’s for students to join. Undoubtedly, innovation and creativity are imperative for a career in tech entrepreneurship — but it’s not where it got Tesla CEO Elon Musk, now the richest man in the world, to where he is now. A lot of people want to be like Elon Musk and it’s also easy to envy people like Elon Musk. There is no other person in history so far that has had the power to pump up stocks and crypto with a single tweet. It is hard not to think — how, of all people, did Elon Musk get to where he is seemingly effortlessly?

You cannot become any other Bill Gates or Elon Musk by working as hard as possible. The answer is simple: It’s being wired differently.

In response to a question regarding the path to being a billionaire on Quora, former wife of Elon Musk, Justine Musk, asserts that extreme success comes from unconventional personalities.

“One reason they become the entrepreneurs they become is because they can’t or don’t or won’t fit into the structures and routines of corporate life,” the former wife wrote. “They are dyslexic, they are autistic, they have ADHD or ADD, they are square pegs in round holes, they piss people off, get into arguments, rock the boat, laugh in the face of paperwork.”

According to several sources and experts, Elon Musk, Bill Gates and Steve Jobs have all been rumored to be neurodivergent. Neurodivergency refers to when the neurological development  of individuals and state are atypical. In other words, neurodivergent indivduals are just simply wired differently than the average population.  It seems to all make sense though: Within an ever-increasing technical world, the demand for outside-of-the-box thinking is higher than ever. Neurodivergent individuals are able to do something that most neurotypicals cannot: obsess.

“They don’t think the way other people think,” stated the author in her post. “They see things from angles that unlock new ideas and insights. Other people consider them to be somewhat insane.”

Neurodivergent individuals are prone to developing strong interests in certain solutions. For Steve Jobs to think of the iPhone, it took a deep obsession. For Elon Musk to overpass Jeff Bezos as the richest man in the world simply in pursuit of accelerating humankind: obsession. Without obsession, there would be no drive to see from the extreme angles necessary to create the next big thing. Obsession gives into the necessary product no normal mind could ever imagine.

Most innovation throughout history can be thanked to different shades of ASD. Aside from tech giants, many prevalent historical figures have been thought to have autism spectrum disorder, according to historians. Isaac Newton, Mozart, Albert Einstein, Emily Dickinson and Mark Twain are just a few figures to name. It was not until the 2oth century when Hans Asperger discovered and coined the term “Asperger’s” when examining children with similar characteristics, such as obsession, poor social skills and peculiar mannerisms. Before ASD was labeled, neuro-divergent individuals were often labeled as gifted children. Unfortunately, this is not the case anymore with our public school system in America.

High-functioning autism and Asperger’s syndrome (now ASD) have become more and more recognized over the past few years, but it is still widely misunderstood. When most people think of autism, the idea of success most likely does not come into mind. Visions of poor social skills, difficult personalities and recklessness are the general perception in society. Interestingly enough, it is common for high-functioning individuals to go through life without ever receiving a proper diagnosis. The same goes for other disabilities too, such as ADHD, etc.  Often times, these people will wind up in niche careers, such as engineering, the sciences and the arts. Some great minds out in Silicon Valley are likely grappling with ADHD, ASD, but are accelerating. Undoubtedly, there are many high performing students here on campus, many of whom who do not know they could be neurodivergent.

Too often, neurodivergent individuals face depression, anxiety and other mental disorders due to their different ways of thinking. For this reason, society is to blame for instilling structures prohibiting neurodivergent thinking processes. When placed within the right environments, their unique talents and insights can accomplish amazing things. For those reading this article who believe they are neurodivergent, recognize your obsession. Find the right place, the right major for you, the right career in order to delve in deep. Next time you question whether you have you have what it takes, ask yourself this: Do you want success? Or do you want to change how something works? The correct answer will determine the rest.