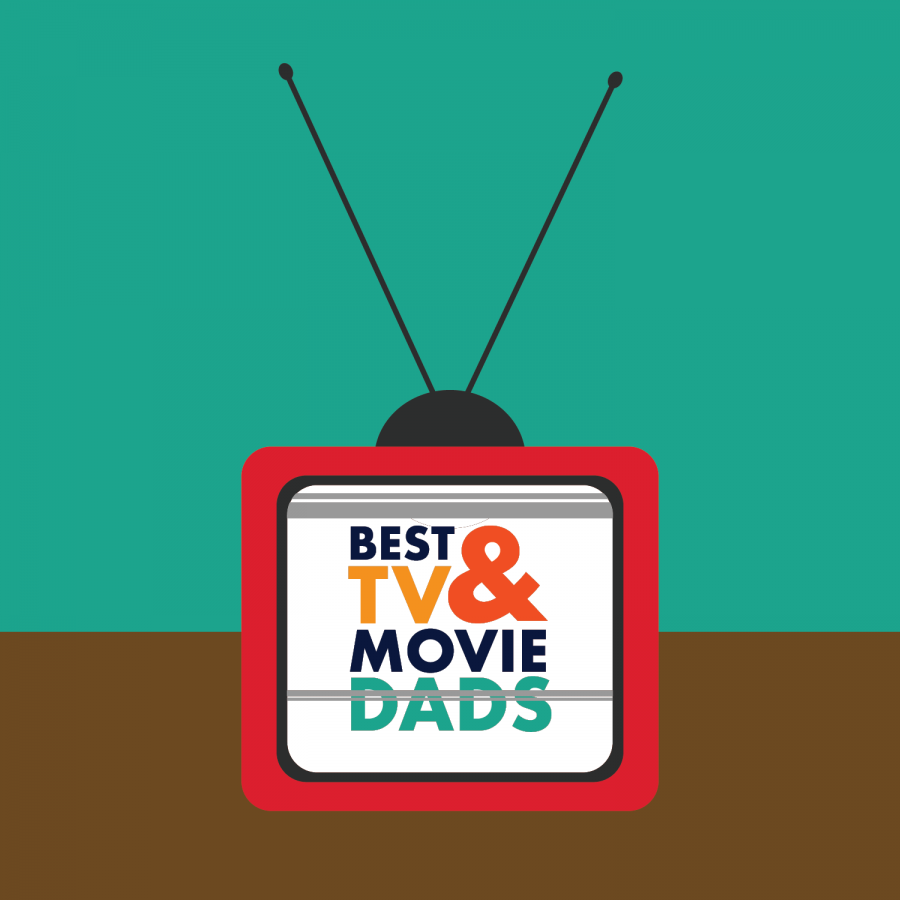 Father figures play a big role in most of our lives. Whether we depend on them to keep us going
or if we can simply never get enough of their dad humor, they all have their quirks. Here are some of the best father figures in recent movies and TV series.

As a father of two twins, Cagney and Lacey, Jeffords finds infinite ways of expressing his love for them. Once he tried assembling a whole dollhouse by himself, and another time, he even wrote and illustrated a fantasy book for his children. Due to his love for his family he worries every time he has to go into the field or get in the line of fire that his kids may live a life without him, despite his reputation as the best marksman in the precinct and his expertise as a field agent.

While his wife Elastigirl is busy fighting crime in different parts of the city, Mr. Incredible takes on the role of a stay-at-home dad and takes care of his three kids — Violet, Dash and Jack-Jack. Despite starting off rough by intruding in his daughter’s love life and not knowing how to take care of his toddler’s newfound powers, he eventually devises various plans to make things work. By the end of the movie, Mr. Incredible clearly becomes a more well-rounded parent.

As chief of the village, Tui was always well respected; he made it extremely obvious how important his family and his people were to him. Like many people in power he was also extremely stubborn, which caused him to clash with his daughter. He was constantly shown to be very overprotective of his daughter Moana, but he only had good intentions. Their relationship evolves when Tui realizes that Moana is strong enough to follow her dreams.

Castle is the single father of teenage daughter Alexis Castle. Their relationship is rather unconventional in the sense that there are a multitude of situations in which it is Alexis giving Richard advice instead of the other way around. Although his daughter often provides the best advice and proves her intelligence, he always finds reasons to be overprotective.

Professor X has played the role of a father figure for many young X-men, but Laura was unique. He bonded with her almost immediately and felt fatherly affection as they connected over going through the Weapon X program. Because she was just a kid, he became extremely protective of her. There were parts about her past that he could not comprehend, but he still tried hard to understand and be a trustworthy shoulder for her to lean on. Well done, professor.

Through the course of the whole sitcom, Bluth is one of the only marginally sane characters. He not only has to act as a father to son George Michael, but also to the rest of his family. Despite threatening to give up multiple times, Bluth does a good job of raising his son as a single father. His parents are a little out there, and he uses this as inspiration to be the best father he can be.

Dunphy’s goofy demeanor is one of the things that makes him the best parent for kids Haley, Alex and Luke. He continuously tries to remain positive regardless of the situation, which makes even the most dire situations seem not as bad. While he likes trying to be a cool dad, in some ways, he is one of the most typical fathers out there with the advice he has for his son and his protectiveness of his daughters. Although he’s a little silly, he’s kind, sweet and keeps his promises. Thanks for the laughs, Phil.

Most people know Morgan as a psychopathic serial killer and a forensic analyst obsessed with blood; however, when it comes to son Harrison, Morgan does everything in his power to ensure Harrison ends up nothing like him. He tries his best to give him a normal life with the best possible care and ensures that his son has a family and a support system surrounding him.

In a moving story about a young boy named August aka Auggie with a genetic facial abnormality, Pullman, Auggie’s father, is one of the most supportive people in his life. Despite Auggie’s many attempts at pushing his dad away, Pullman does his best to always be there for his son and to keep things lighthearted when he can. He even works long, uncomfortable hours to pay for Auggie’s medical bills.

Gru in “Despicable Me”

Despite only adopting his three girls in order to pull off another one of his evil schemes, Gru eventually grows attached to the girls and transforms into a doting father. He eventually realizes that he cares for them after spending hours reading them bedtime stories and sitting through their ballet recitals. He even handles the oldest daughter’s crush on a boy fairly well. Good job, Gru.

Sonal is a freshman in Business.