Why Election Day should be a national holiday 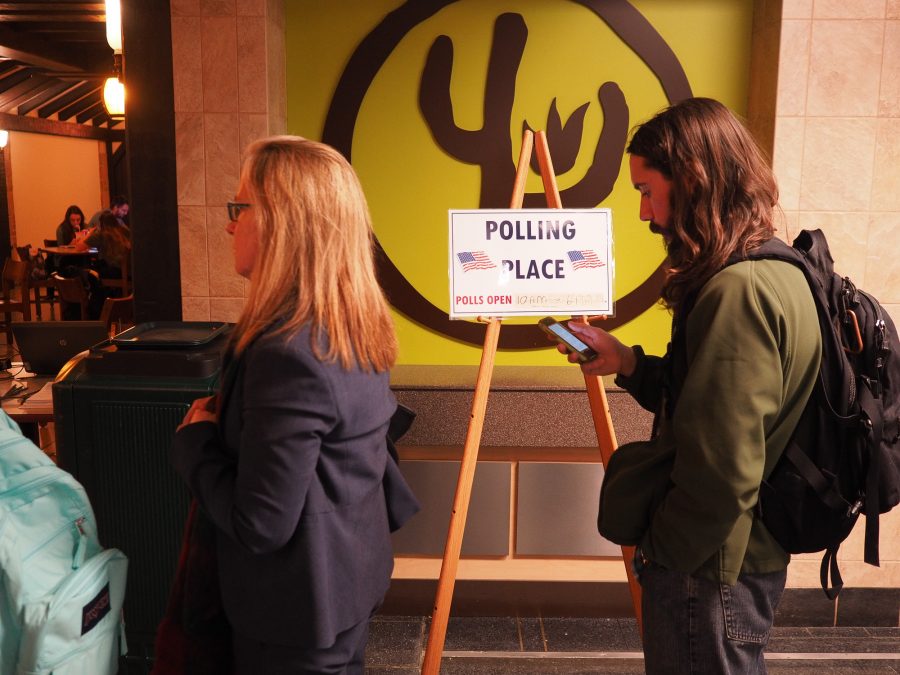 Students line up at the polls in the Union basement for early voting.

Considering how unpredictable the 2016 presidential election has become, it seems fitting that John Oliver, a British citizen and host of HBO’s Last Week Tonight, would offer some of this year’s most relevant commentary on the importance of voting.

Voting, Oliver said in a segment of his show from February 2016, is “the cornerstone of American democracy — the unshakable principle that everyone should have an equal vote, even idiots.”

Understanding the significance of Election Day may seem foolproof to most Americans. Since the U. S. Constitution was ratified in June of 1788, many elections (looking at you, Bush vs. Gore) have been decided without controversy.

While the benefits of our country’s peaceful and reliable electoral process cannot be overstated, there is one glaring error in the most basic part of the executive branch’s quadrennial cycle.

Election Day must be declared a national holiday. Not only is it the only way to ensure that everyone who is lawfully allowed to vote has the opportunity to do so, but it would also help indicate a national commitment to the continuation of a thriving democracy.

The reasoning behind why Election Day takes place on the Tuesday after the first Monday in November is surprisingly antiquated. According to an October 2016 article from Vox, Tuesday was originally chosen so that residents of rural America could have time to travel to the polls without interrupting Sunday morning church services.

Much has changed about American society since 1845, when Congress chose an Election Day that benefitted only white, Christian men.

Additionally, while an agrarian lifestyle is no longer the most common way of earning a living, Americans today still find it difficult to justify taking time off to vote when many employers do not provide paid vacation time.

In fact, a recent Caltech/MIT survey on voting patterns found that three of the five most common reasons why eligible voters chose not to vote had an economic component to them, and reported that 17 percent of voters had to wait in line on Election Day for more than half an hour.

Such a system is woefully inadequate in today’s society, where time can quite literally be money.

Voters have responded positively to the opportunity to vote early. According to an October 2016 report from New York Magazine, between 30 and 40 percent of voters in the 2016 general election will vote before Nov. 8.

Whether it be due to work, school or any number of other obligations, many Americans simply cannot afford to vote on Election Day.

If Election Day were a national holiday, these barriers wouldn’t hinder Americans from making it to the polls.  Let’s make it so that all voters can exercise their civic duty and celebrate the cornerstone of American democracy.