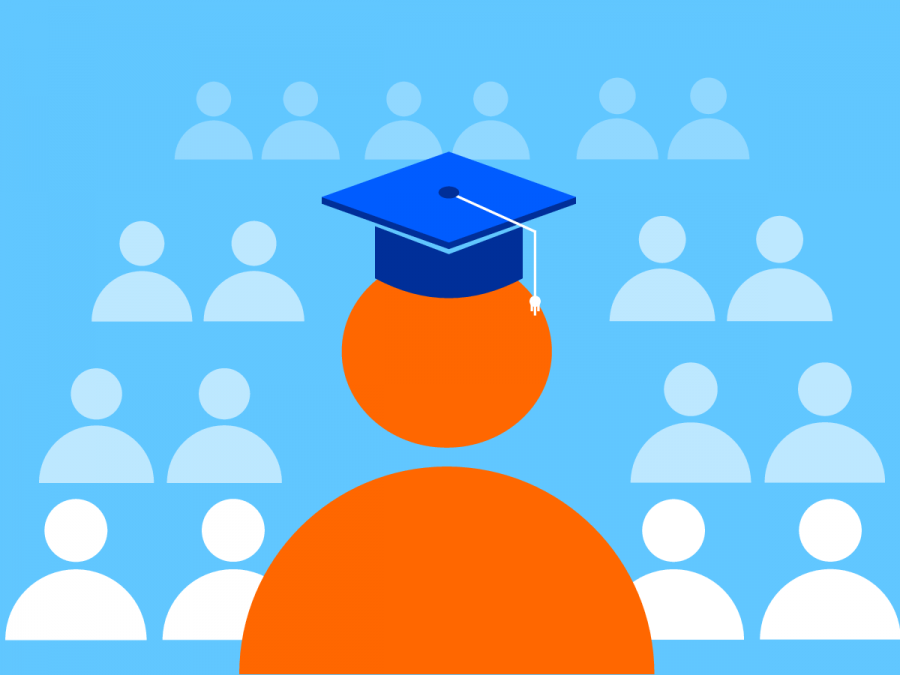 According to U.S. Census data from 2019, only about 32% of adults 25 and older earn a bachelor’s degree. Of that third of the population, 40% of non-Hispanic white adults aged 25 and up achieved a bachelor’s degree. A systematically impacted demographic, 26% of Black adults achieved a bachelor’s degree. Even stunningly lower, only about 19% of Hispanic people reported to have completed a four-year degree.
National Student Clearinghouse released that about a third of students who enroll in college don’t complete a bachelor’s degree by their six-year mark.
The National Center for Education Statistics reported that a third of first-generation students drop out of college by their third year.
But let’s take a step back. Findings by Harvard University and Asian Development Bank show that only 6.7% of the world population completed a college degree. 6.7% represents the fortune, luck and work that a diploma carries.
Though the finale of college ends with a simple walk across a stage, the orchestra pit, hidden from the surface of life, plays in the background: one step for finding a financial path fit to support a university education; one step for being part of a demographic that fit within a community, whether advantageous or disadvantageous; one step for defeating statistical imparity; one step for finding the networks to lead to success; one step for being guided by the inner determination that led to the end of the road.
Of course, the orchestra also plays the tunes of the less synched factors, the ones that turn the show a little more somber, like the nights when books gave sleep no chance, or the mornings when coffee would have tasted sweeter with family nearby. It’s easy to get caught up in the somber tones; they make the bigger picture appear blurry and forgotten.
But the steps across the stage bring a fortune to your arms. And I don’t mean money. I mean opportunity, friendship, professional development, wisdom and the chance to turn around generational blockage. Though some roads are rockier than others, all education comes to an end with the gift of a diploma.
As difficult as it may be to gain a global and universal perspective of the weight of a diploma through statistics, self reflection can help to acknowledge and perhaps appreciate every wrong and right turn that guided to the end of the stage, a finish line that the majority of the world never gets a chance to see.