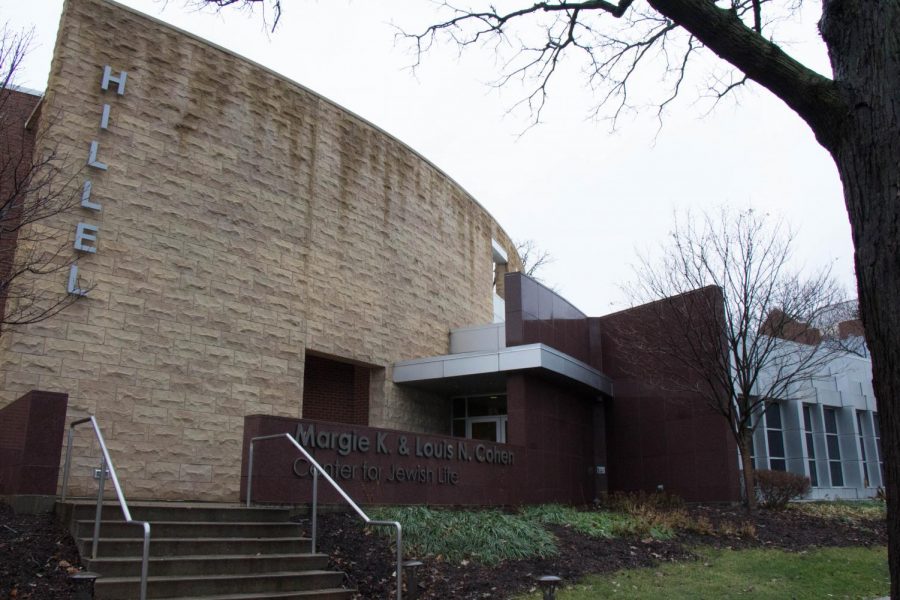 The Margie K. and Louis N. Cohen Center for Jewish Life, located at 504 E. John St. in Champaign. Ava Traverso writes that we should become more educated about different religious celebrations and traditions this holiday season.

Around the holiday season, Christmas tends to be the golden goose. Other religious traditions tend to be overshadowed by this holiday. In today’s current sociopolitical climate, however, it is more important than ever to remain educated on cultures and religious values of others.

An easy way to become more educated this holiday season is to learn more about the religions or cultures of friends or loved ones. Elan Karoll, senior in LAS, is affiliated with the Jewish community on campus. He is heavily involved in Illini Hillel and the Illini Public Affairs Committee, a pro-Israel organization on campus.

Most recently, he took a large role in organizing the vigil on the Main Quad for the shooting that occurred at synagogue in Pittsburgh in October. He offered me an insight relating to Hanukkah and Jewish celebrations I had previously been ignorant to.

Though there are misconceptions about Hanukkah — specifically that it is similar to Christmas due to the gift-giving aspect — there is much more depth to the holiday than that.

“Although there are similarities, there are more differences,” Karoll said. “The actual holiday is basically celebrating the reunification of Jewish sovereignty of Israel about two thousand years ago and the reunification of the Jewish temple in Jerusalem … This day it has come on to have different meaning involving Jewish peoplehood.”

Also reflecting on how a large part of Hanukkah centers around the pride Jewish people feel for their faith, Karoll said, “The FBI just released their annual report of hate crimes and Jews are the single most targeted religious minority for 10 years straight now. I think, especially in this time, it’s important to be celebrating our community and our pride and coming together to practice our traditions.”

One of the greatest parts of the holiday season is how strongly it can bring people together and help us see our similarities rather than our differences.

“The thing that I like about Hanukkah is that it’s a really easy holiday to practice. There’s no fasting involved, there’s no long prayer service … so it translates really well to college students … It’s really very inclusive and welcoming and joyous,” Karoll said. “I think Jews in America today have sort of adopted some of those Christmas traditions that have sort of become a part of the American tradition, like when I see Christmas lights up … I feel it’s become a part of my own tradition, like we’re able to find similarities between the two holidays.”

An important realization society must make is that even though there are symbols, like the menorah and the dreidel, the religious significance they hold is much more than what is presented on the surface. The beauty in becoming more enlightened on different religious or cultural values is that it helps bring unity to our society in a time where it is desperately needed.

Ava is a sophomore in ACES.