Reminisce with these holiday movies 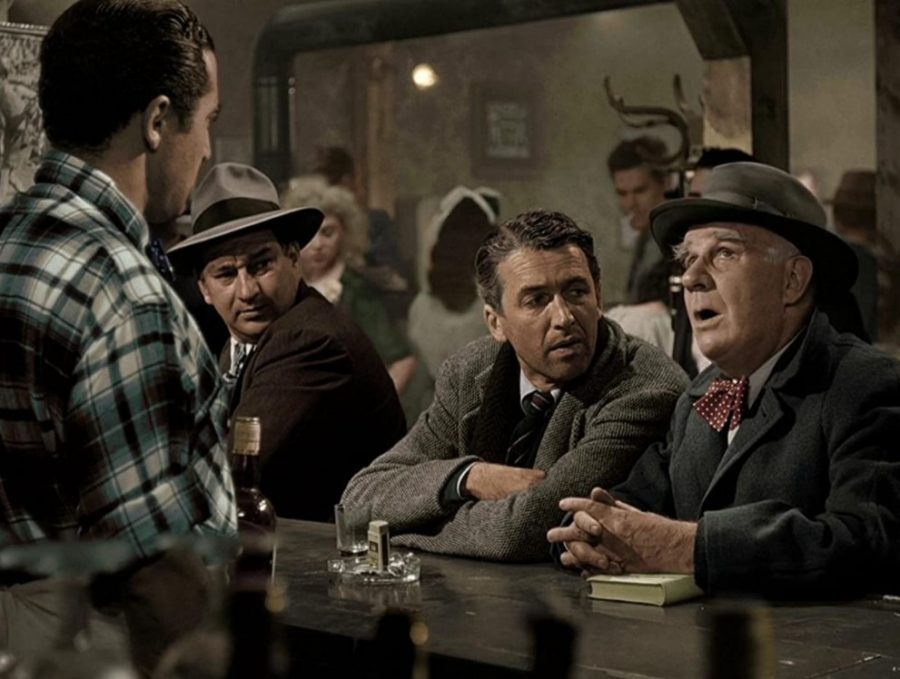 James Stewart, Sheldon Leonard, and Henry Travers star in “It’s a Wonderful Life.” The film was released in 1946.

When I was little, I would giddily anticipate Freeform’s 25 Days of Christmas on TV all year long. When December finally came around, I would incessantly remind my mom to record every single holiday film on our DVR. I’d spend every night watching the same movies again and again with my sisters, eating cookies, drinking hot chocolate and hoping my mom wouldn’t tell me to go to bed anytime soon. My sisters grew out of those movies eventually; I don’t think they were ever as attached to them as I was. I, on the other hand, still get that little rush of happy hormones every time I see a holiday movie scheduled on the TV Guide at the beginning of December, signaling another holiday season I get to celebrate with my friends and family. This season, if you find some extra time on your hands and don’t know what to fill it with, here are four holiday movies that might make you feel a little nostalgic, too.

This classic follows George Bailey and his angel, Clarence Odbody. George Bailey has a lot of stress and a lot of problems, and at this point, he’s starting to wish he was never born. But Clarence comes down and shows George how many lives he’s touched and how different things would be if his wish came true. Seemingly a film that never ages, despite being in black and white, “It’s a Wonderful Life” has some happy lessons for all of us, especially in these difficult times. Stream on: Amazon Prime Video, YouTube, Google Play Movies & TV, Vudu and iTunes.

“The Year Without a Santa Claus”

Santa starts off a little moody in this one, thinking no one believes in him anymore. Under the assumption that no one cares, he decides not to deliver gifts this year. Mrs. Claus sends two elves, Jingle and Jangle, and the reindeer Vixen to find proof that children still believe in Santa Claus. They face a lot of problems along the way, my personal favorite being their run-ins with the bantering Miser brothers, but I promise the movie has a happy ending. Stream on: fuboTV, YouTube, Google Play Movies & TV and Amazon Prime Video.

An old man named Kris Kringle fills in for an intoxicated Santa Claus in the Macy’s annual Thanksgiving Day Parade. He does a great job and gets hired to be a regular at the store. But when Kris starts claiming he really is Santa Claus, he’s subjected to a court case to determine the state of his mental health and his authenticity. Another 1940s classic, this one screams positive holiday vibes. Stream on: Disney+, Amazon Prime Video, YouTube and more.

Starring Tim Allen, “The Santa Claus” features divorcee Scott Calvin accidentally killing Santa Claus on Christmas Eve. Scott and his son get transported to the North Pole, where they are told Scott will have to take Santa’s place for Christmases to come. Naturally, he thinks it’s a dream. But when he gets back home, Scott spends the year growing a potbelly and a very white beard despite attempts to lose weight and shave. When Christmas comes around again, Scott has to embrace his role as Santa, balancing his personal life and taking care of his son all at the same time. This one gave the child in me hope, knowing Santa Claus could never really die. Stream on: Disney+, Amazon Prime Video, YouTube and more.

Shivali is a senior in AHS