If UI dorms were people you met your freshman year 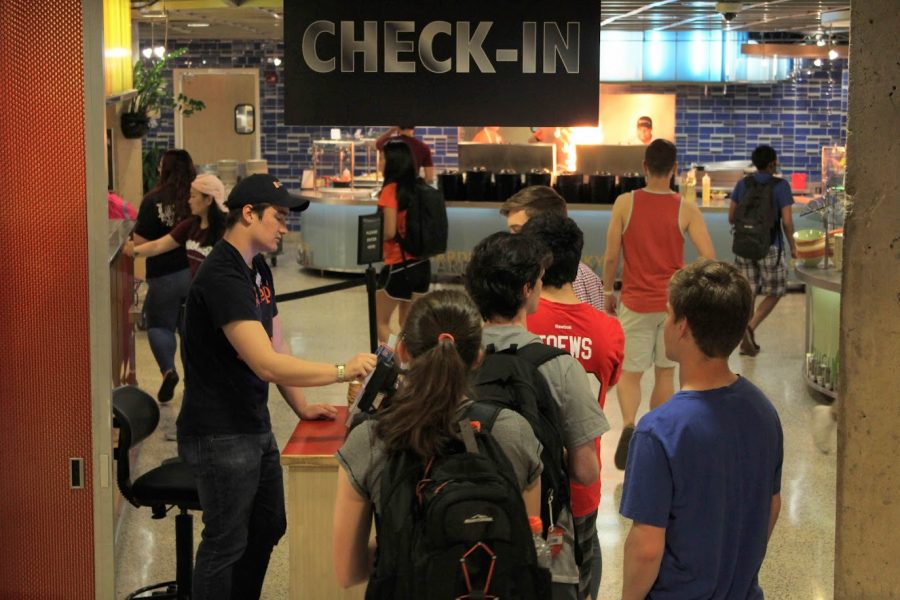 Students wait to enter the PAR dining hall on May 1, 2018. You will meet many different types of people during your freshman year at Illinois.

Freshman year is full of unknowns; you’re thrown into this enormous campus knowing only a handful of people you went to high school with. You’re bound to meet a wide variety of people during your time on this campus, but there are few types of people that you’re guaranteed to meet. If University’s dorm halls were caricatures of the people you meet your freshman year of college, they would look a little like:

FAR/PAR is the really chill guy you met on Quad Day but never saw again. Now, six months have gone by and you’re watching their Snapchat story desperately trying to remember where you know them from.

Allen is an art major that spends most of his time at Caffe Paradiso, drinking black coffee and reading The New York Times articles. He’s been debating on switching his major to Media and Cinema Studies because he loves Quentin Tarantino (a little too much) and has the classic Pulp Fiction poster hung up on his wall.

Bromley was the queen bee back in high school. She has LED lights lining her walls, attempting to become TikTok famous. She doesn’t know how to clean her own room. (Why would she? There’s a maid for that). The only 22S she knows are her sorority sisters.

Snyder attempts to dissuade you from going to The Red Lion by listing off statistics on drunk driving and alcoholism. He’s never been to any of the bars on Green Street and instead chills in the lounge on the weekends, playing World of Warcraft with three other guys in his dorm.

Busey is the overly-nice girl in your PSYC 100 class that you’ve spoken a total of two words to the entire semester; however, she never fails to whisper the answers to you when she can tell you’re clearly struggling. She texted you individually in the class GroupMe once to see if you wanted to go to an Urbana house party with her.

Newman has a bible verse in his Instagram bio but tries to hookup with every girl he sees at Joes — which he only got into because of his fraternity brother’s passback. He’s pissed he didn’t get into a Top Haus but hides it by saying “they’re all douchebags anyway.”

Weston is similar to Bromley, but he’s a little more down-to-earth and can actually make it past the pregame. You can count on him to let you know what the move is, and you can usually find him at 57 North on Sunday morning grabbing wings as his “hangover cure.”

Allison is a senior in LAS.