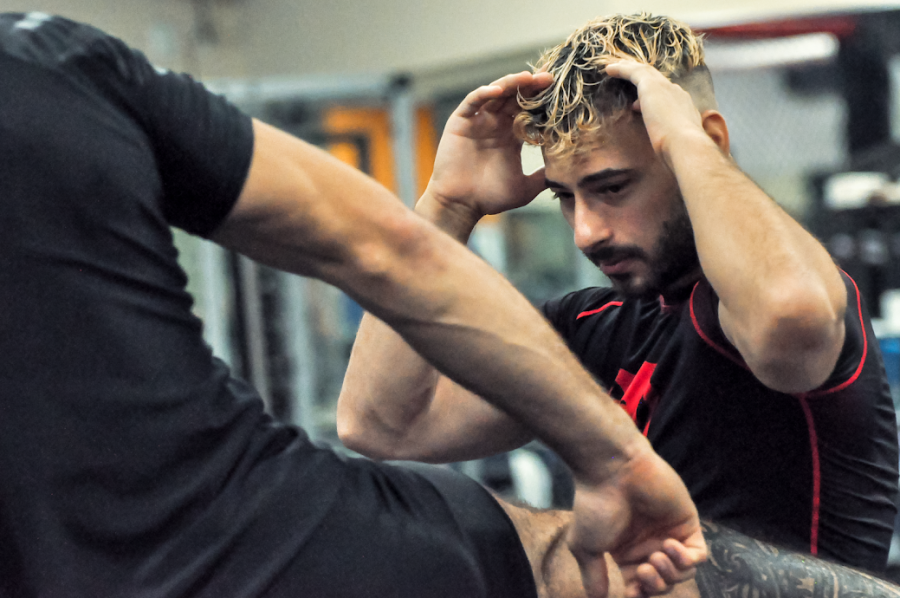 Michael Stroller, a co-owner of CU Jiu Jitsu, shares how his love for Jiu Jitsu started.

How did you start with martial arts, and how did it lead you to running a gym in Champaign-Urbana?

I started doing wrestling when I was 10 years old. A lot of people consider that to be the oldest martial art in the world. When I was about 19 years old, I had a couple of friends from my old high school wrestling team contact me about starting a mixed martial arts team… In 2012, I joined an actual Brazilian jiu jitsu school, and that was my introduction to BJJ, which is primarily what we do here. In 2018, my co-owner, James Martin, and I opened CU Jiu Jitsu and have been operating since then.

What made me get into martial arts I think — well, I wasn’t thinking about it when I was t10 years old. After I had played a season of college football, I was looking for something else to do. I thought it was a chance to use my wrestling and learn striking skills and stuff like that. Since we’ve started our own business, I’ve had to do a lot of self-learning. James and I have been teaching for years, pretty much since we first started. That was always kind of a knack that we had.

Why do you consider BJJ an art?

As far as the art is considered, everybody has their own personal way of doing their martial art. In particular, for BJJ there’s an argument across the community between what people call “American” BJJ and traditional BJJ. I don’t really get into the politics of that per se, but I would say there’s no secret sauce to it. Anything we do, whether it’s BJJ, Maui Thai or MMA, I call it art because it’s a personal thing. When people talk about art they think about music, painting, photography. There certainly is a by-the-book technique for everybody but it eventually becomes very personal, and I think that’s what makes something art. People learn fundamentals, but eventually it has to become their own.

What are some of the most important things you’ve learned from martial arts, aside from the techniques themselves?

Any sport that you get into teaches discipline and hard work. I think a lot of what we teach is restraint. There’s a lot that goes on in people’s lives that makes them want to act out negatively, and what we do is give that outlet. But I think a major element of restraint is discipline, knowing when and when not to use something, knowing to manage your time well and come to class consistently. We’ve done really great also in teaching bonding and interpersonal skills.

What relationship do you think your gym has with the Champaign-Urbana community and the people from it who train at your gym?

They’re not treated like a customer, they’re treated like a brother or a sister. I think that the community is really great. I wish that it was more accessible sometimes. Like any other martial arts school, in the end we are a business, but we want to create that family atmosphere. It’s one of the things that I kind of hate about business. I develop such great personal friendships with all of our students and members, but there comes a time where I do have to separate into the customer side eventually, and that kind of sucks. For some schools, that’s what they’re in it for, they’re in it for money making, but for us, we try to be different, and to make it our goal to always do better. Right now, we’re preparing for a tournament called tap cancer out, all the money that generates goes to cancer research. It helps members care about something else, and I think it really shows. All of our members are trying to go the extra mile, trying to help each other out … Our school motto is constant and never ending improvement. We try to live by that. We want to be better each day for the community and for ourselves.