Sylvia’s Irish Inn: ‘We dreamt about this for 14 years’ 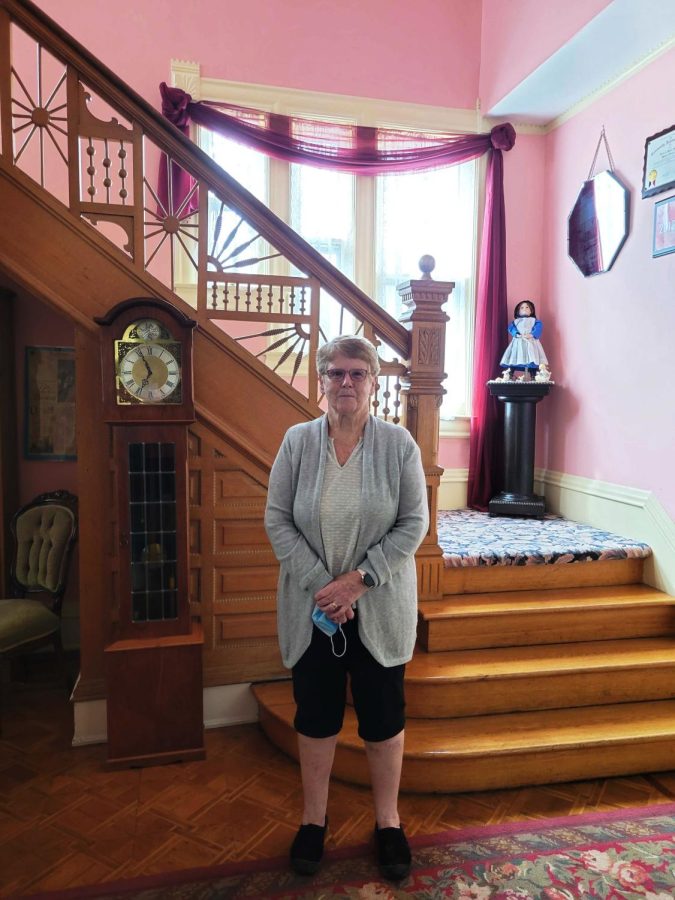 Sylvia Sullivan owns and operates Sylvia’s Irish Inn which has been running since 2002 in Urbana.

Sylvia Sullivan is the owner of Sylvia’s Irish Inn in Urbana. She has operated the bed-and-breakfast since 2002 and plans to retire within the next year.

When I was a young girl, there was a bus strike in Ireland, and we’d have to walk to school five miles and walk home five miles. I used to see these Victorian and Edwardian houses that had bed-and-breakfast signs in the window, and I said ‘Oh, I want to own a bed and breakfast someday.’ There’s not much more about it, but that was one of my dreams as a kid.

So, when I met my husband, he was in the military and went out to sea for six months, and we didn’t have a honeymoon after we got married because he had to go out to sea. When he came back, he said ‘Oh I can’t wait to get home and get into a regular bed,’ and I said ‘Honey we’re not going home, we’re going to North Carolina to a B&B.’ He said ‘What the hell is a B&B?!’ We spent the weekend there and he said ‘You know honey, you’d be good at this.’

So, we dreamt about this for 14 years before we bought this house. We finally saw this one online while we were living in London, and started collecting furniture. We brought back 18 crates of furniture from Europe that we bought online in 2002. So that’s my story, it’s been a good 19 years and I’m lucky that all my guests were very nice.

We became friends with people from all over the world, they’re our best friends now and we talk on Facebook, WhatsApp and stuff like that. We had a young man who stayed with us for a week … he was from Bahrain and played his instrument in the Krannert Center for the Performing Arts for the week. He asked me for a piece of wood. So I gave him a piece of wood and said ‘what do you want to do with this?’ He said he was gonna chisel it down because his pick was broken and he wanted to make one. So, on the last day, he stood at the door with his hand over his head and said ‘I’ve traveled all over the world, and this is the first place I ever stayed in where everybody was treated the same.’

Everybody was silent because everybody around the table listened to each person speaking. So, it turned out that everybody wants peace and love, right? So, the American couple we had, the wife stood up and said ‘I came in here with a closed mind, now I’m leaving with my mind open. And I thought wow, President Bush should be here! It’s surprising how everybody was quiet. There was no interruption when they were speaking while they were talking about their countries and stuff like that. It was just letting people understand what was going on besides listening to the news or hearing things that weren’t true.