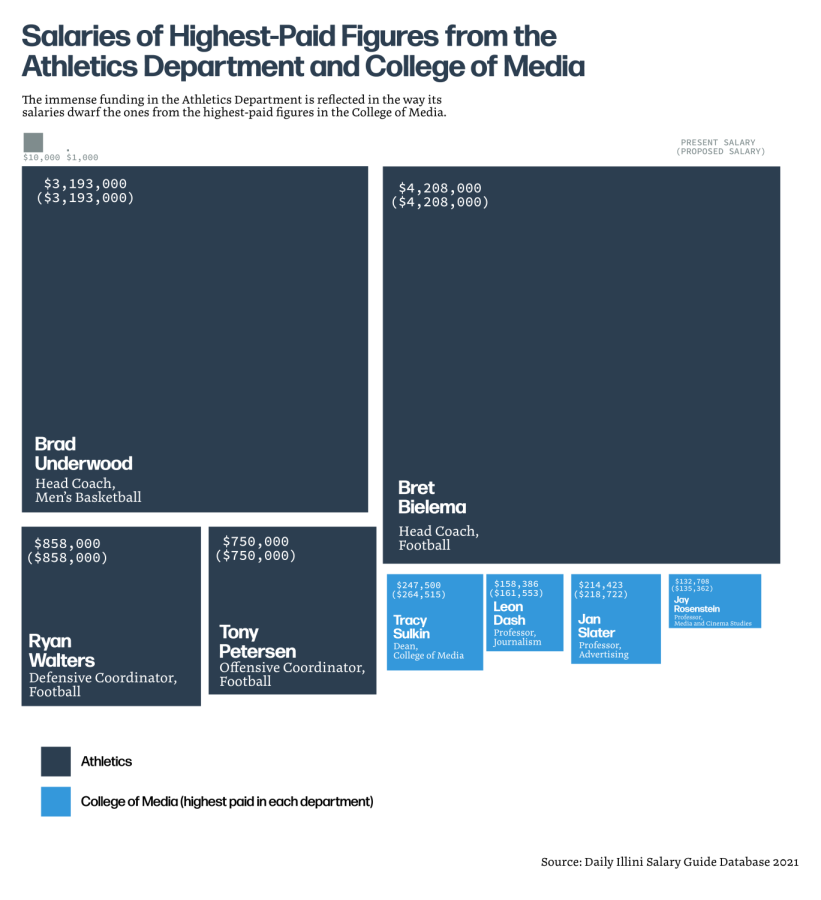 As a Big Ten university, the University of Illinois at Urbana-Champaign has a reputation to uphold when it comes to hiring athletics coaches, directors and other personnel.

Who are the highest-paid figures in the athletics department?

Who are the highest-paid figures in the College of Media?

She is the highest-paid person in the College of Media. Slater is the second highest paid and Dash has the third-highest salary in the college.

How do the numbers compare?

Sulkin’s present salary is around $4 million less than Bielema’s. Though she’s the highest-paid figure in the College of Media, her salary is dwarfed by Bielema’s and the other highest-paid coaches in the athletics department.

To put these numbers in perspective, Sulkin’s total salary is around 6% of Bielema’s salary and 8% of Underwood’s. It’s also 29% of Walters’ total salary and around 33% of Petersen’s.