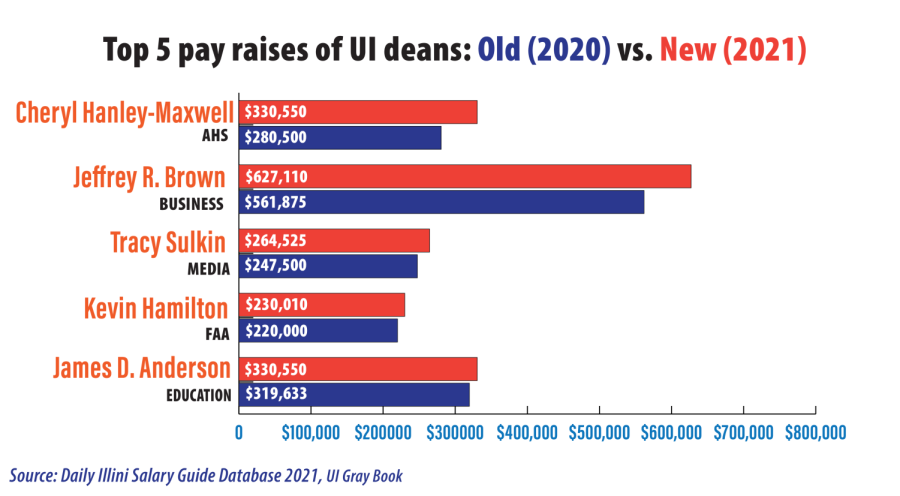 Below are the top five wage increases of University deans over the past year. They are measured in terms of percent change from their previous year’s salary.

Tracy Sulkin, dean of the College of Media and political science professor in LAS, has received a 6.87% increase in salary. Sulkin’s salary has increased by $17,015. Now, Sulkin’s salary is $264,515.

Hamilton, dean of the College of FAA, holds a multitude of positions. Hamilton has been a member of the Illinois faculty since 2002 and holds positions at the National Center for Supercomputing Applications and the Humanities Research Institute. Hamilton’s total salary is $230,010.

James Anderson, dean of the College of Education, is a professor in LAS and Law, as well as a Discovery Partners Institute affiliate. This year, Anderson’s salary saw an increase of $10,916.67, bringing him to his total salary of $330,550.

As the College of LAS and the College of ACES saw a change in leadership over the past year, these deans were not included in the ranking. Notably, Germán Bollero, dean of ACES, has a 34.82% decrease in salary when compared to the previous dean in the position.