Modeling cognitive neuroscience with the ‘Cyberslug’ 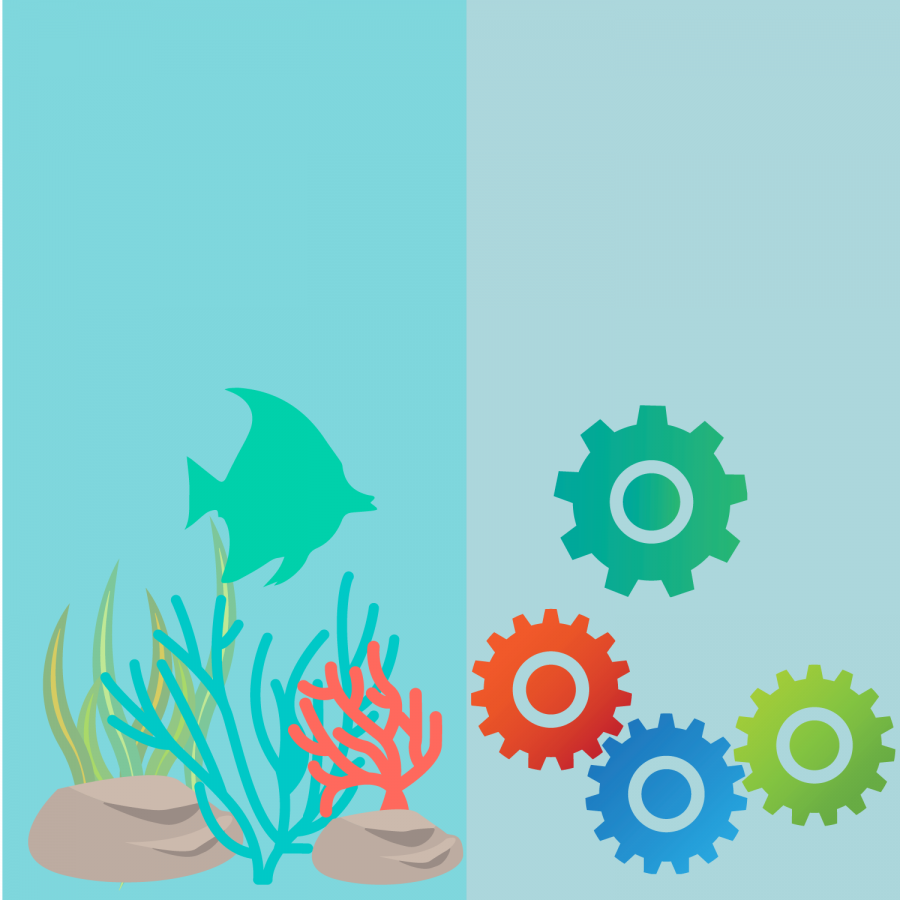 Life is weird. There’s plenty in life that seems simple to explain, but the further down one looks, the more weirdness one finds. Explaining or understanding life is something that’s difficult at best and impossibly intricate at worst. Asking, “Do you understand this?” is best answered with a demonstration, and recently at the University, in style.

Dubbed the Cyberslug, a program was developed that accurately reacts to simulated stimuli in much the same way as the organism it was modeled after. The original creature is a small predator that roams the ocean floor: Pleurobranchaea californica, commonly known as a sea slug.

Professor Rhanor Gillette specializes in molecular and integrative physiology and spearheaded the project to create Cyberslug. His motivations are not to be confused with trying to create an artificial intelligence, however. His goal was entirely different.

“It is natural intelligence that is my interest. Artificial intelligence is not really intelligent, but simply approximates natural functions,” Gillette said. “We were testing whether the relations we found in the animal could actually explain its foraging behavior.”

Trying to predict how an animal, even one as relatively simple as a sea slug, is tremendously complex, is where the premise of the experiment really comes into focus.

Dr. Jeffrey Brown is a research assistant, professor and the director of M-1 Neuroscience, and he also helped make Cyberslug happen.

“One of the central hypotheses driving our work has been that decision represents the moment-to-moment integration of sensory input, physiological state (e.g., hunger, reproductive status), and learning/memory, and that the core neural infrastructure supporting these functions and their integration has, to some extent, been conserved over evolutionary history,” Brown said in an email.

In this way, the Cyberslug tried and succeeded in predicting the behavior of a sea slug based on the idea that all decisions are a web of cost-benefit analyses. By working from this idea, the project managed to produce results that were identical to the behavior of the original organism, which has huge implications.

This project represents an advancement that applies not only to sea slugs, but also to much of the living world. Encountering something new, choosing an appropriate response and repeating the process is a cycle that exists throughout nature, and the Cyberslug demonstrates real progress toward understanding that cycle.

“I think one of the most important conclusions to be gleaned from the work on Cyberslug, and the work of the Gillette group more broadly, is that foraging decisions and other elementary decision-making behavior necessary for survival are most likely integrated in similar manners across the brains of different animals, including our own, representing hundreds of millions of years of evolution,” Brown said.

This idea can be applied to almost any living being. If projects like Cyberslug can teach about the basic motivations behind decisions, then more complex decisions and actions could potentially be built from that foundation.

Despite the gulf in complexity between a sea slug and a human being, there is enormous room to expand this project’s scope.

“Cyberslug represents a novel bottom-up approach to artificial intelligence, drawing on a very simple nervous system capable of generating only very simple behavior, but with the intrinsic capacity to support the grafting of increasingly complex, even uniquely human behaviors,” Brown said.

Working with the building blocks that Cyberslug provides, it isn’t hard to imagine more complicated minds being created from the same mold. Thinking about artificial intelligences in this way provides an approach toward modeling that is more about organic life.

Ekaterina Gribkova is in the second year of her Ph.D. in neuroscience and has also contributed to the project. Working on Cyberslug’s program intrigued her, as she noticed that even relatively mild alterations could produce complex reactions from the synthetic creature she was working on.

“Using the Cyberslug program and its core circuitry, we are able to add relatively simple circuits to generate more complex behaviors in the virtual slug, just like we have done with the simple sociality and addiction models,” Gribkova said.

“I think research of this nature can lead to the creation of more complex animal models and will also allow us to reproduce the developments that occurred in the evolution of simple to complex animals,” Gribkova said.

Rhanor, Brown and Gribkova worked with other students from the University for this breakthrough.

“Cyberslug has been a highly collaborative project; at the moment, there are both undergraduate and graduate students working to expand the simulation in all sorts of novel manners,” Brown said.

It seems everything in the world can be broken down. Bodies break into cells, which break into molecules, which can still be divided. At what point can one say that one can build back up? When can researchers say they have found the building blocks of their field?

These questions are not easy to ask, and finding approximate answers to them is even more difficult. In the case of Cyberslug, however, there is an inspiring leap forward in understanding how life goes about living.