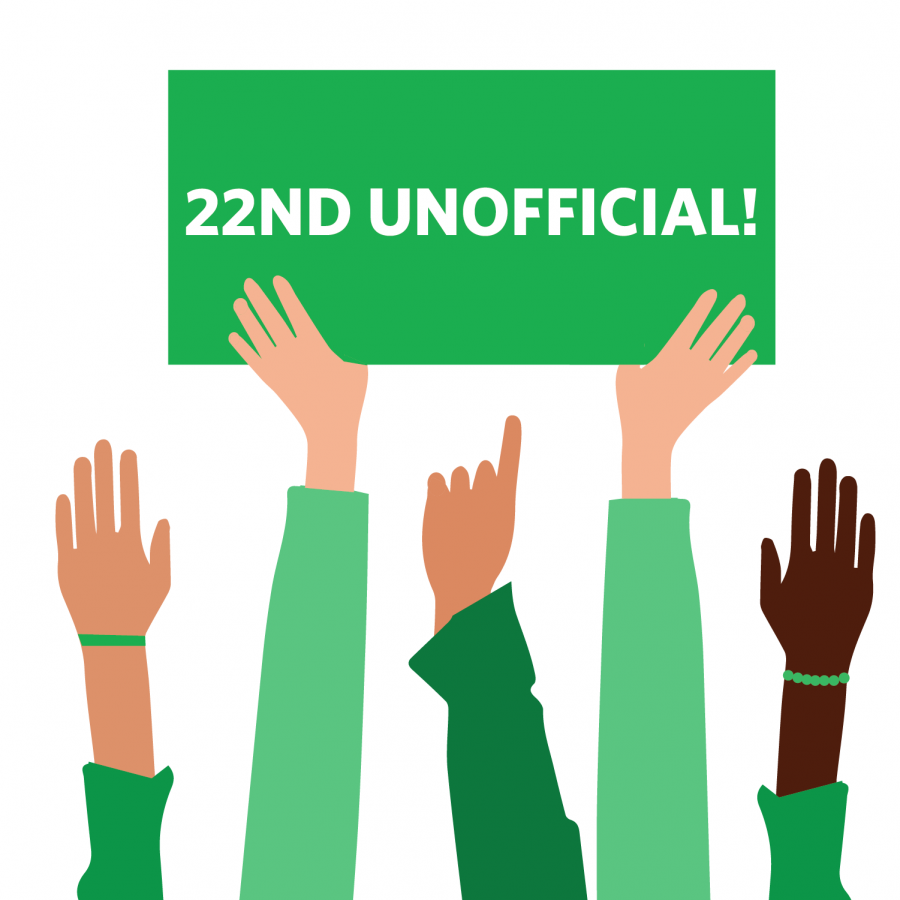 Unofficial is famous — or maybe notorious — for being a day full of partying and binge-drinking in celebration of a premature St. Patrick’s Day. Despite past accidents and the endless number of tickets given out on the day, the made-up holiday continues to be one of the University’s biggest traditions.

As a freshman, I have no idea what to expect from Unofficial, except swarms of people wearing green and students showing up to class possibly drunk. I also know that the bar age is raised to 21, police are busting parties all over campus and drinking tickets are handed out here and there. This is the extent of my knowledge. Other than what people have told me and what I have read in articles, I don’t know too much about the event, and to be honest, I don’t see what the excitement is all about.

Unofficial was created in 1995 by bar owners in Campustown. They had been faced with a problem: St. Patrick’s Day, one of the biggest drinking holidays of the year, occurred during the University’s spring break. The students and staff that could bring in large profits to the bars would not be on campus during break.

Instead, the bar owners created an alternative event called “Shamrock Staggers,” which was initially advertised as the University’s “Official St. Patrick’s Day Party,” but was later changed due to supposed disapproval from the administration. The event was promoted as an “unofficial” party the following year, indicating that the administration had formally disassociated itself from the occasion.

There have been three deaths caused by accidents from Unofficial. In 2006, a 22-year-old woman died from injuries after falling off of a motorcycle. In 2011, a 21-year-old man was hit by two vehicles as he was crossing University Avenue. In 2016, a 23-year-old man fell from a balcony and was taken to Carle Foundation Hospital where he was pronounced dead.

There have been numerous efforts to control the chaos of Unofficial, if not get rid of it altogether. Police agencies spend a significant amount of money to pay for cops to work overtime, and bars are given extra restrictions such as limiting alcohol sales in Champaign and Urbana. Despite this, students from the University, along with people who travel from other schools, gather to celebrate this tradition that has been around for over 20 years.

So my question is this: What is keeping Unofficial going? What makes it worth the drinking tickets? Why have the deaths of fellow students not stopped the “holiday” from continuing to take place? I know a lot of other freshmen who are asking the same questions.

As freshmen who have not yet experienced Unofficial, it is difficult for some of us to completely grasp the importance of the day. I know a lot of fellow freshmen, and even upperclassmen, who are going home for the weekend, and I know even more who are staying home that day. Reasons may vary, but many have stated that they know that there will be nothing for underage students to do, and that they would rather not have to deal with the drinking ticket.

Unofficial has essentially become the University’s own holiday. Students celebrate it just like they would any other holiday, making it difficult to end it so abruptly. As long as there are people who keep going to the bars that day, Unofficial will continue to be a popular event. The only way to stop this long-standing tradition is to help people realize that it is more dangerous than fun.

Julie is a freshman in Media.