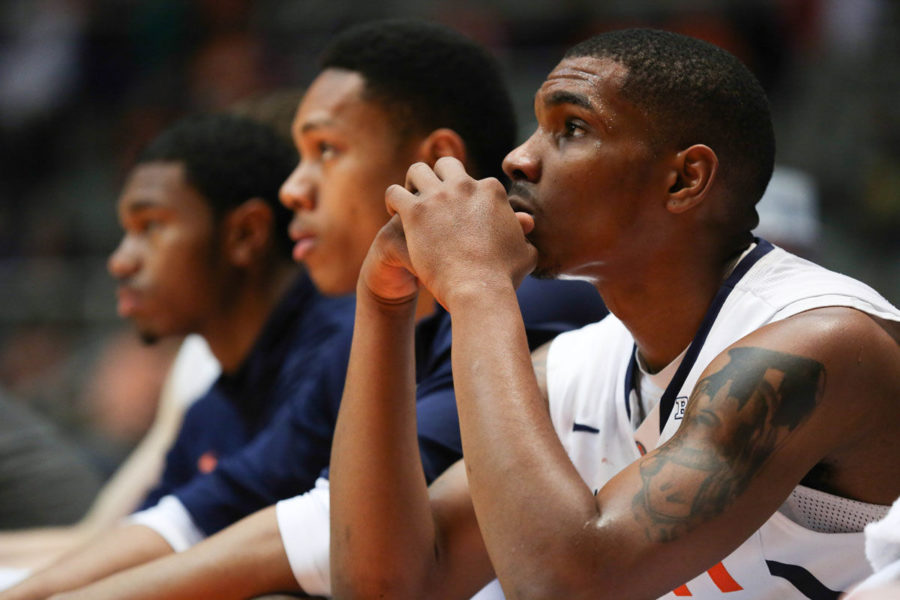 Tracy Abrams will have to spend another season watching his team from the sidelines.

The athletic department stated in a press release that the redshirt senior guard tore his Achilles and will be out for the 2015-2016 season. He was slated to be the team’s starting point guard.

This marks the second year that Abrams has suffered a season-ending injury. He missed last season with a torn ACL.

“He went through so much the last 10 months fighting back from a torn ACL to return to the court this summer in preparation for the upcoming season,” head coach John Groce said in the press release. “So this is obviously a very difficult time for him right now. “

The injury happened on a fluke play, similar to the one that tor Abram’s ACL prior to last season.

Groce said Abrams will have surgery next Wednesday, to wait for the swelling to clear up.

The Illini basketball team may look for another point guard to transfer — last season Ahmad Starks and Jaylon Tate took Abrams’ spot. Tate will be a junior this season, and Starks has graduated.

Guard Mike LaTulip has not made a descision to play this season. LaTulip opted to redshirt this season so he can graduate and transfer to another school.

Illinois will be traveling to Europe on Aug. 6 to compete as well as go on a vacation. The team will see if there are any players capable of taking those spots.

Abrams will not be making the trip, but freshman guard Jalen Coleman-Lands will travel with the team. Coleman-Lands is recovering from a stress fracture in his foot and is not expected to play on the trip.

“Tracy has the heart of a champion, and I know that he will handle this latest setback with the same courage and resolve in making a full recovery.” Groce said. “We are all gonna continue to be there for him, and love him, and do the best we can as a group to serve him and care for him”