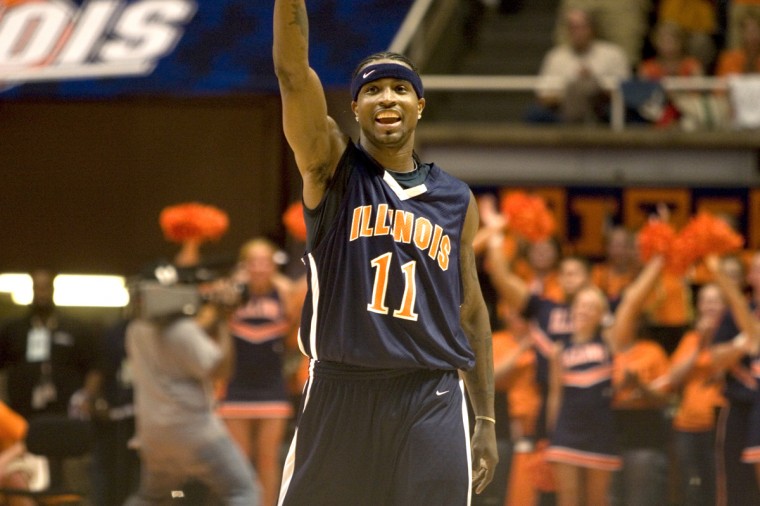 Dee Brown was back in Champaign for the summer, and per the request of Mike Thomas, isn’t leaving any time soon.

The former Illini men’s basketball guard has been permanently named special assistant to the athletic directory — he filled the role in a temporary basis this summer — Thomas announced Tuesday.

The guard was a member of the 2005 Illinois team that went 37-2 and lost to North Carolina in the national championship. Brown was the 2005 Naismith Player of the Year and a two-time All-American.

“I was blessed to play the game of basketball professionally for many years, but felt this was the right time to make the transition to a career off the court,” Brown said. “I can’t think of a better situation than to be able to be around my family more while working for the school I love, the University of Illinois. The opportunity this summer has only strengthened my feelings for Illinois; it’s exciting to be back on campus assisting my alma mater.”

Brown’s duties will include representing Thomas at various on and off-campus functions. He will also help with recruiting, outreach and fundraising and will serve as a mentor to current Illini athletes.

He intended to play professional basketball internationally this fall, but is now a permanent fixture in the Illinois athletic department.