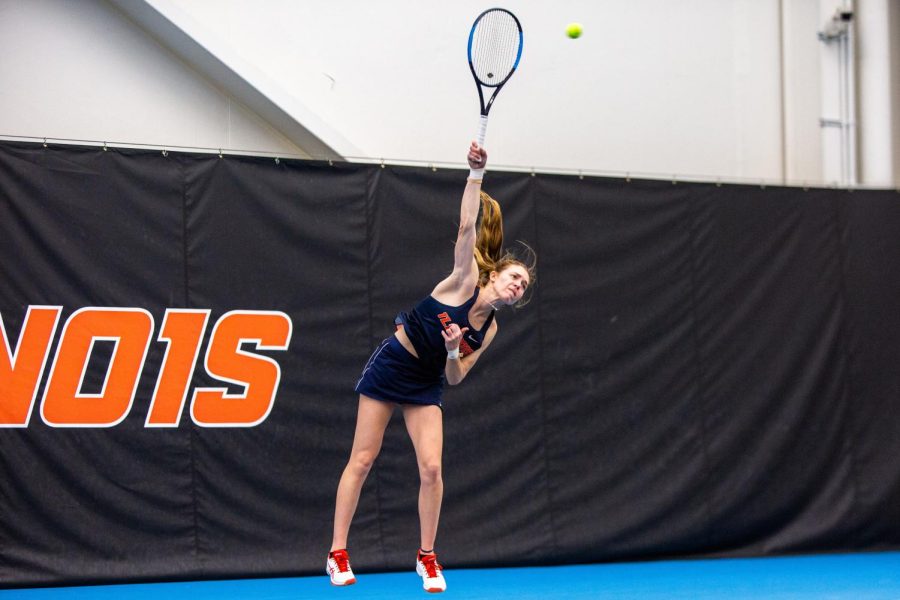 Josie Frazier serves the ball during the tennis match against Wisconsin Feb. 26. The women’s team will compete at the ITA Midwest Super Regional hosted by Ohio State later this week.

Illinois will be represented in the doubles competition by duos of Duong/Frazier, Heuser/Yeah and freshmen Kida Ferrari/Kasia Treiber.

The ITA Midwest Super Regional begins play on Friday and runs until Tuesday.