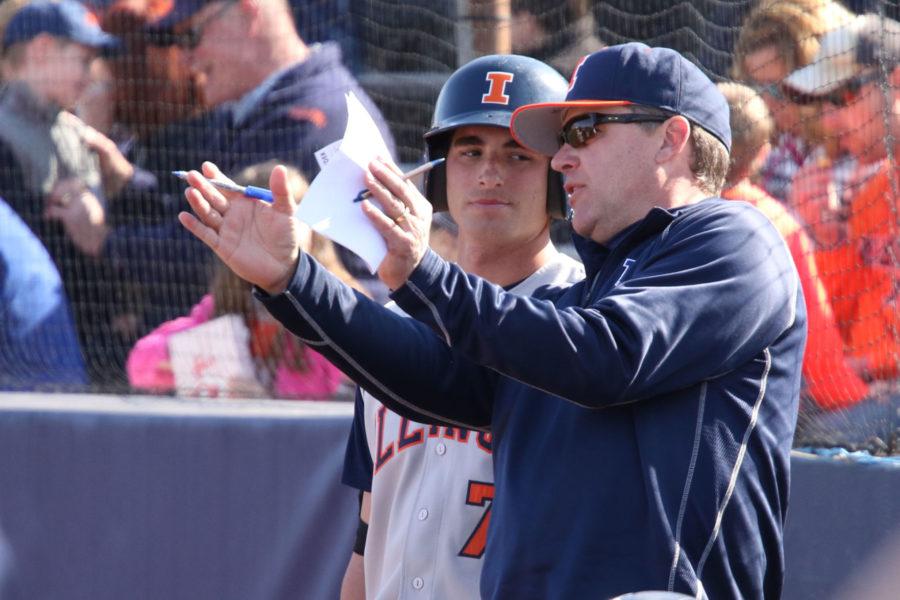 The Illinois baseball team is well into the grind of the season after its sweep of Northwestern this weekend. With a 24-6-1 overall record and a 5-1 Big Ten mark, the Illini are meeting preseason expectations.

The team has played 12 games in the past 17 days, and the schedule will not get much easier the rest of the way. During the next 20 days, the Illini will play 13 games. The team travels down I-57 to Charleston, Illinois, Tuesday to play Eastern Illinois in the first game in the span.

Although there’s a chance the full schedule could wear them down, many players play summer ball that conditions them for tough stretches — they don’t need additional motivation to run out to the diamond.

“It’s just another game that’s on Tuesday and Wednesday instead of the weekend,” second baseman Reid Roper said. “The midweek games are a little bit of a grind sometimes. We just kind of have to strap it on and get other and play.”

The Panthers have had a dismal season so far and enter Tuesday’s tilt with a 1-23 record — its first win of the season was against Tennessee Tech on Saturday. Senior outfielder Caleb Howell leads Eastern Illinois offensively with a .337 batting average in 24 games with 28 hits and 13 RBIs. The team has four players batting at or above .300 and three with double-digit RBIs this season.

Eastern Illinois’ pitching staff has struggled to keep the team alive in games. It has a combined 8.33 ERA and has allowed 261 hits. Matt Wivinis is the staff’s top starter with six games started and seven appearances. He has an 4.67 ERA, has allowed 41 hits and has struck out 22 batters.

Tuesday’s in-state matchup will be the first of two this season. Illinois is 10-7 against Eastern Illinois since 2000. The Illini won last year’s matchup 3-2 at Illinois Field after the original date set to be played in Mattoon, Illinois, was rescheduled due to poor weather. Illinois’ pitching staff was dominant in the win, only allowing five hits.

Head coach Dan Hartleb has emphasized how his players can’t underestimate the random nature of baseball. Hit balls can go straight to fielders and a pitcher can get hot. Each game is a battle, which is how Hartleb wants the team to approach the game.

“We’ve played a few teams, when they came in their records or stats weren’t great and we’ve been in dog fights,” Hartleb said. “I think with an older group, these guys understand that it’s about a new day, new game and depending on who’s on the mound, it can really dictate what’s happening on wither side.”

Illinois’ success thus far has the team ranked in all of the collegiate baseball polls, and means opponents now have the Illini circled on their calendars and are ready to upset one of the nation’s elite teams.

“What we’ve done already doesn’t matter anymore,” Hartleb said. “We need to be extremely focused tomorrow because everybody’s going to give us their best shot.”