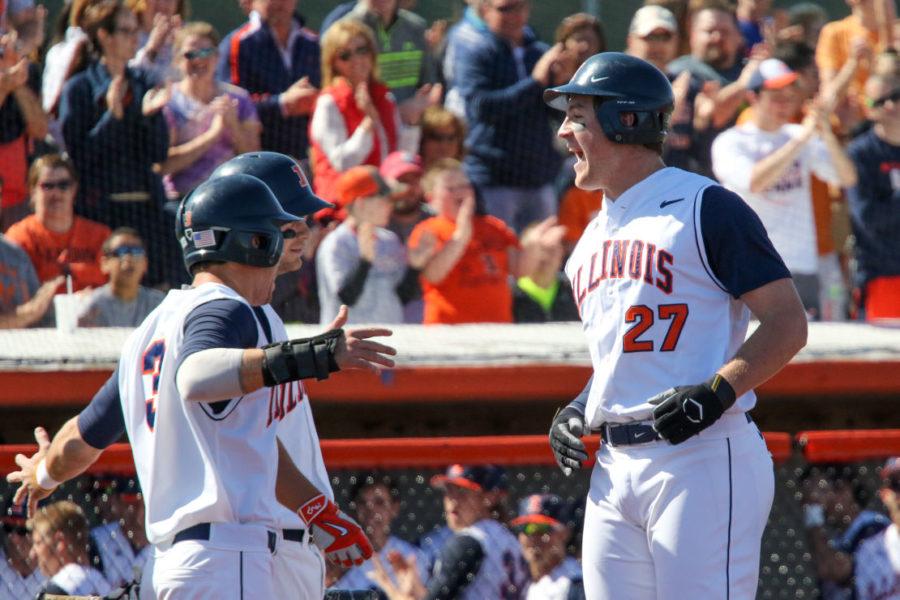 Illinois’ Pat McInerney celebrates his home run hit during the baseball game vs. Purdue at Illinois Field on April 11. The Illini were assigned the No. 6 national seed and will host a regional in the NCAA tournament.

The Illinois baseball team already won the Big Ten regular season title, ripped off a 27-game win streak and have the highest winning percentage in the country.

Now the Illini shoot for Omaha.

From May 29-June 1, Illinois will play host to the Champaign regional as the No. 6 national seed in the NCAA tournament. If the Illini win the regional, their status as a national seed allows them to host a super regional as well.

That means that until the start of the eight-team College World Series in Omaha, Nebraska, the Illini will play at home.

In addition to Illinois, the Champaign regional features No. 2 seed Notre Dame, No. 3 seed Wright State and No. 4 seed Ohio.

This season marks the first time in school history the Illini have been named a national seed in the tournament.