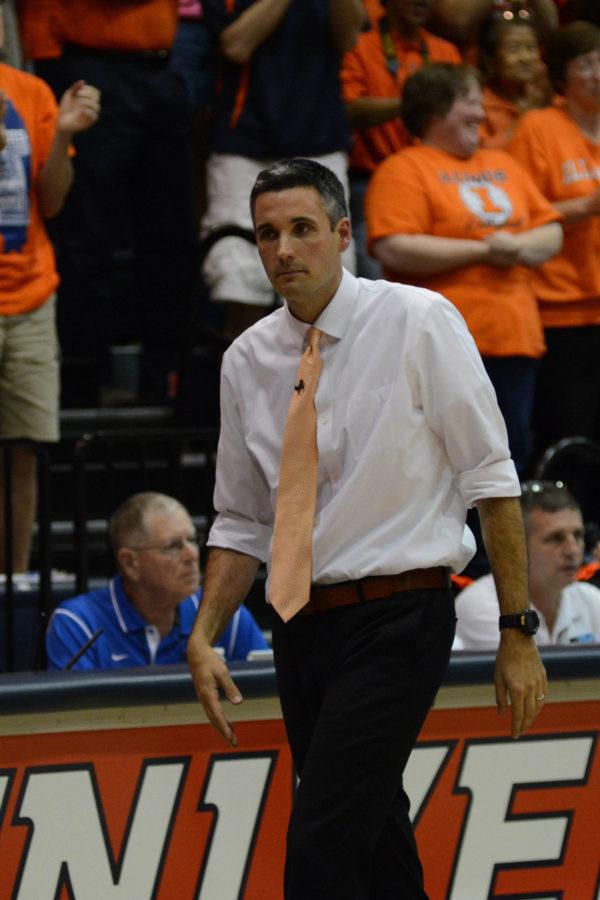 If volleyball matches ended after one set, the No. 6 Illinois volleyball team (9-2) would be undefeated.

Head coach Kevin Hambly said neither team played its best in the final match. Despite the Sun Devils’ physical play and more experience, Hambly said it was an incredibly even match. He added that with the fifth set being such a toss-up, anything could have happened and the result didn’t necessarily prove which team was better.

Illinois’ 25-11 third set loss was its worst of the season, which Hambly attributed to poor execution. Middle blocker Katie Stadick said the team is still trying to find its rhythm, making sets like that possible.

Stadick played a significant role in helping the team in its comeback effort. She lead the Illini with 18 kills and seven blocks. She gave credit to her teammates for regrouping in a difficult situation to even up the match with a dominant 25-15 victory in the fourth set.

“I felt like we were expecting rallies more, and we ended up with better shots in the fourth set,” Stadick said. “We also got a lot more touches on the block, so our defense can pick them up and make better plays.”

The Illini had little trouble winning their two opening matches of the tournament. The team defeated Texas Southern in straight sets Friday, and gave the majority of its starting lineup a break.

Besides Arizona State, the team’s only other moment of adversity was against UNLV when it dropped the third set 21-25, ending its streak of five consecutive sweeps. Hambly was disappointed his team let that set slip away because of how dominant Illinois was in the previous two sets. The team returned to form in the fourth set to close out the match with a 25-16 victory.

The weekend’s three matches marked the end of out-of-conference play, and the consensus amongst players and Hambly is the team is still working on its consistency. With Big Ten play on the horizon, Hambly is emphasizing the importance of not focusing on records but rather improving as the season goes on.

“We are not as good as we want to be right now, but that is completely expected,” Hambly said. “I think we made good progress. I’m never happy when we lose, and sometimes we’re not all that happy when we win.”