NHL rule changes may be coming to college play soon 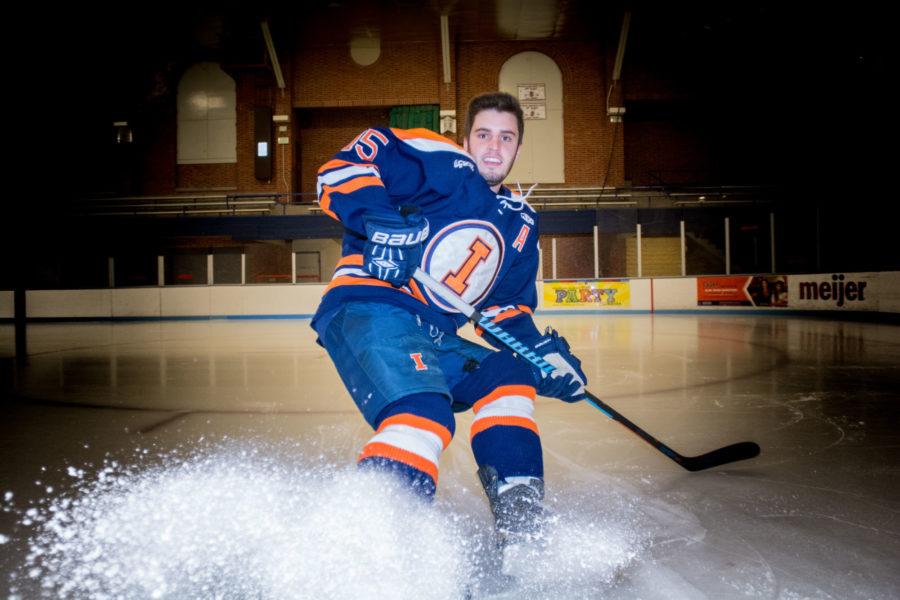 Thursday’s overtime matchup between the Philadelphia Flyers and the Tampa Bay Lightning, however, showed fans how this season’s race will follow a slightly different course.

After a 2-2 score in regulation, only three men — not the usual four — took the ice for each team in the five-minute overtime period.

“I watched highlights of the game the other night, and it was just exciting hockey,” Illini left wing Eric Cruickshank said. “The 3-on-3 idea is sweet. There was breakaway after breakaway, back-and-forth, constant scoring chances – it was fun to watch.”

Tampa Bay won the game 3-2 after defenseman Jason Garrison scored a breakaway goal 2:17 into extra time, but the implications of the game’s new 3-on-3 regular season overtime format span much more than just the teams’ records.

If this new variation of play is well received, fans could expect to see these rule changes enacted in collegiate hockey sometime in the near future.

“Not everything is the same for the NHL and NCAA,” said head coach Nick Fabbrini. “It’s a very similar rulebook, but obviously there’s going to be some differences. However, I believe they try to keep the two leagues as close as possible.”

Adopted last season by the lower-level American Hockey League, these rule changes have already proven effective in reduced the occurrence of one of hockey’s signature events: the shootout.

“It’s fun for fans to get to see a one-on-one situation with a player and goalie,” Cruickshank said. “Some teams may be better geared toward shootouts, but I think 3-on-3 hockey creates a similar amount of breakaway, one-on-one goals.

The new NHL format involves 3-on-3 play for five sudden-death minutes, and if no goal is scored in overtime, the game goes into a three-round shoot-out as in years prior.

Although, if a penalty occurs during overtime or is carried over from regulation, instead of taking a player away from the panelized team, a player is added to the opposing team.

However, in 2012, the NCAA created an option to allow for four-on-four overtime for conferences or coaches of non-conferences matchups to decide on a game-by-game basis, although no conference has officially adopted this format.

“It’s weird — usually they try things like this at lower levels like the NCAA then bring it to the NHL,” Cruickshank said. “But I think now that they’ve seen the excitement it brings to the fans, I definitely think its something that could be initiated into the NCAA sometime soon.”