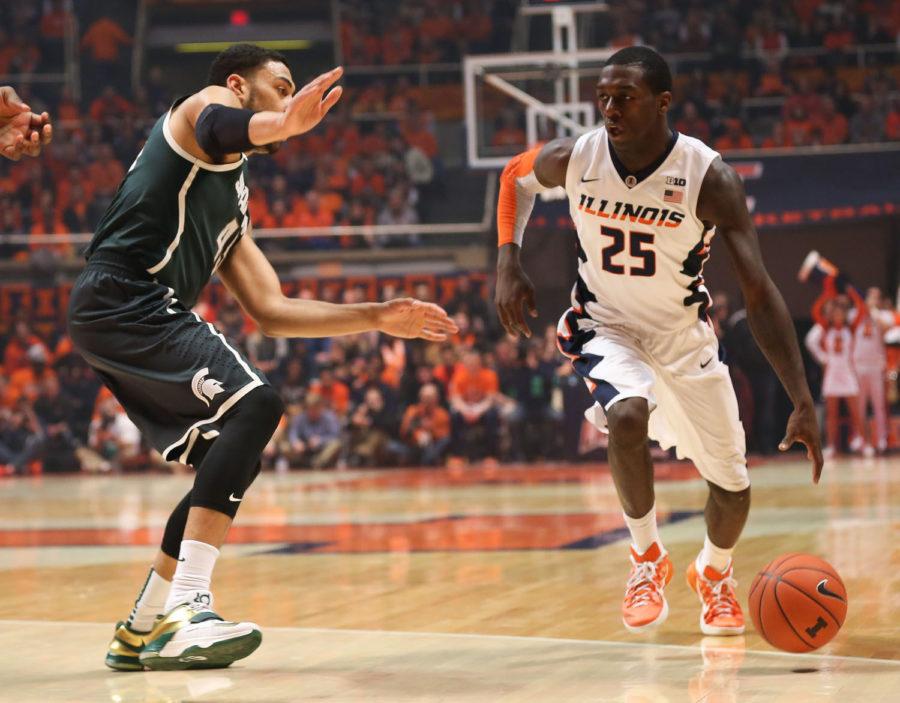 The latest Illinois basketball injury is going to have lasting effects.

Junior shooting guard Kendrick Nunn will have surgery Wednesday to repair a ligament in his left thumb.

He injured the thumb during practice on Oct. 13. The program initially announced Nunn’s injury on Oct. 15, the same day he was scheduled to appear at Big Ten basketball media day in Chicago.

Instead he spent the day in Champaign seeing a hand specialist. Nunn’s recovery is expected to take approximately eight weeks. That projected recovery time would have Nunn returning before the Illini’s game against South Dakota on Dec. 19.