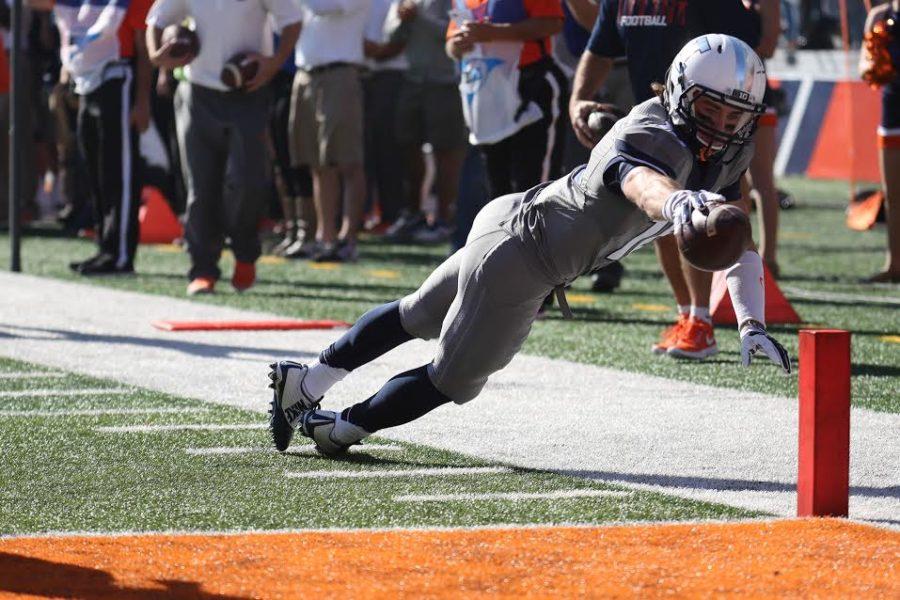 Illinois’ Mike Dudek reaches for the pylon during the Illini’s 28-24 Homecoming win over Minnesota on Oct. 25, 2014.

Dudek missed the first seven games of the season because of an ACL injury that he suffered during the spring. The coaching staff originally planned to have Dudek return in October, but with five games left in the season, Cubit and the rest of the coaching staff decided it was in Dudek’s best interest to sit out the year.

The loss of Dudek has been hard on the Illini offense this season. He was a freshman All-American last season, second-team All-Big Ten, and led the Big Ten in receptions and receiving yards during conference play. He also broke the school record for receiving yards and receptions by a freshman and became the eighth player in school history to finish with 1,000 receiving yards.

Hardee played in all 13 games last season and started in eight. He had 19 catches for 240 yards.

“It’s all about the kids and their future,” Cubit said. “Three games in there, that’s not fair to him.”