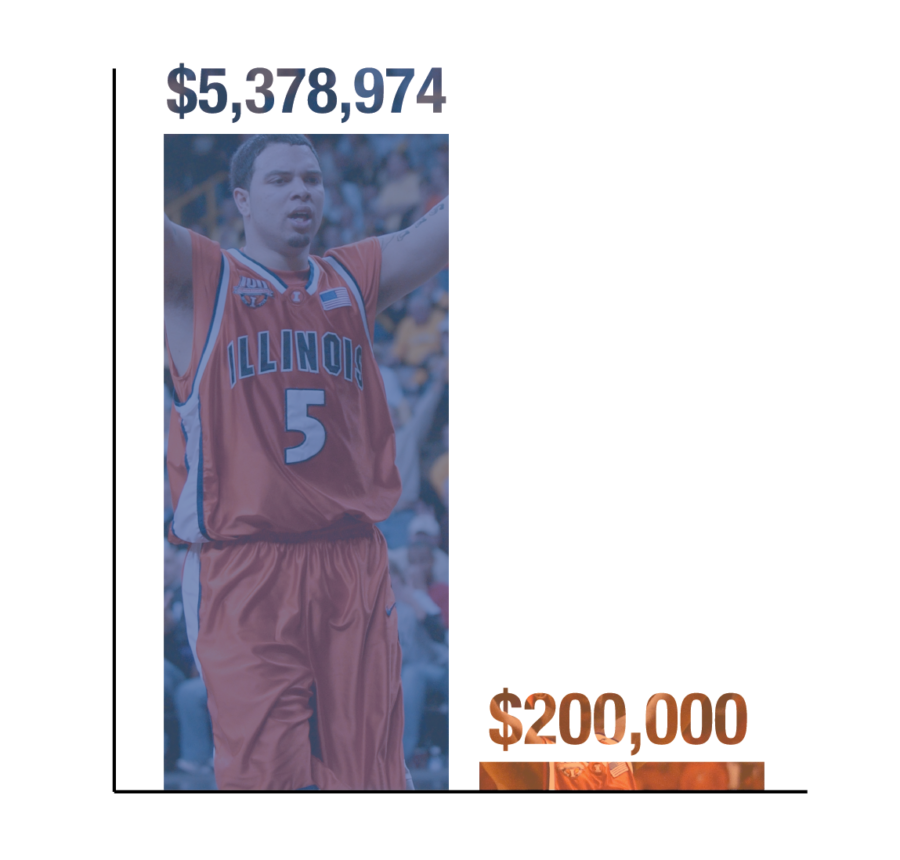 Walking around Champaign, the name Daniel Brown isn’t a well-known one.

That’s because everybody calls him “Dee.”

Dee Brown is two months into his appointment as a special assistant to the athletic director and nine years after finishing his playing career in Champaign. He makes a fraction of the money of Deron Williams, his backcourt mate during the magical 2004-2005 season Illinois basketball season.

Williams has had a much more successful NBA career than Brown, despite the immense amount of success and popularity the two had with the Illini.

Brown filled his current role in a temporary fashion during the summer months, but has become a full-time employee since the beginning of September.

His career numbers with the Illini are better than Williams’, who left early for the NBA Draft. But just because he didn’t have a lasting NBA career didn’t mean Brown was doomed financially. The Illinois alum played abroad in Europe for several seasons before arriving in Champaign as a University employee.

Ten years after the pair brought Illinois to the national championship game, see how their numbers stack up in this retrospective.