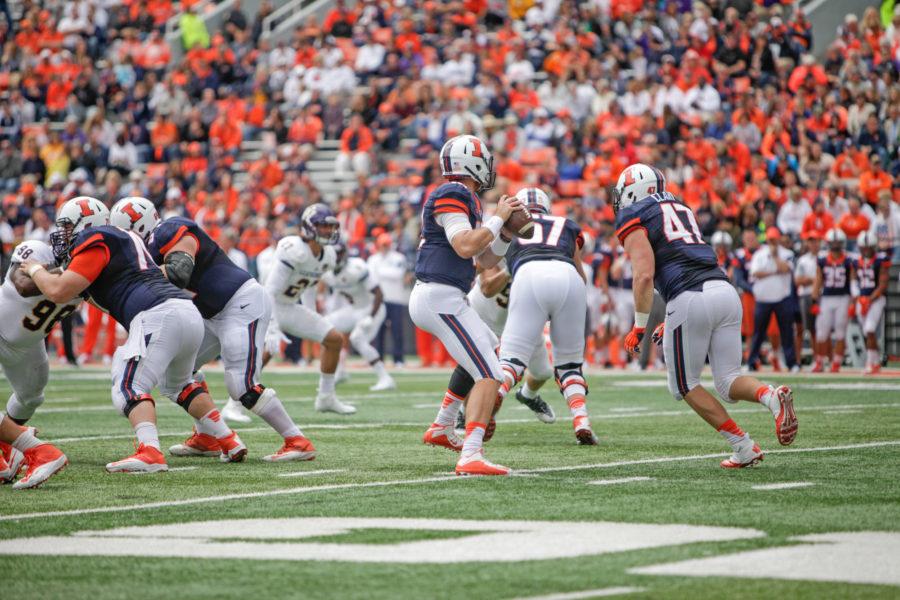 There will be a lot going on in Bill Cubit’s head during Saturday’s game against defending national champion No. 2 Ohio Statebr.

It’s the final home game of the season. It’s senior day. It’s Dad’s Day. It’s a chance at defeating an unbeaten teambr. And it caps off a week of turnover in the athletic department after the firing of Mike Thomasbr.

The Illinois head football coach knows his emotion is going to be evident. But his focus is on the team, and he understands that emotion is a part of college football.

“My problem is I kind of wear my emotions on my sleeve,” Cubit said. “That senior day is a great day, it really is. But boy you see kids, at least in my case, who you’ve been with three years and realize this is their last shot.”

It will be Illinois’ last shot at a home win in 2015 and one of three more chances for a bowl berth.

Offensive lineman Ted Karras is not as concerned with the emotional aspect of Saturday’s game. Instead he’s looking to beat the Buckeyes at home for the first time since 1991.

“I guess I’m not that sentimental,” Karras said. “I’m not going to cry or tear up or anything. We’re sitting at 5-4 is more what I’m thinking about. We’ve got three games left — we could have a really, really special season here. And with everything that’s happened, this just goes down as one of the craziest seasons in Illini football history.”

Karras will be tasked with protecting quarterback Wes Lunt from another strong Big Ten defense. Ohio State’s Joey Bosa is ranked second in the conference with 9.5 TFLs during conference playbr.

Illinois will face quarterback J.T. Barrett, who Head Coach Urban Meyer announced will be starting after a good week of practicebr. Barrett was suspended one game for a DUI and Cardale Jones had started in his placebr.

While the outside noise has been significant this past week, Cubit is adamant that the focus be on the players and Saturday’s contest.