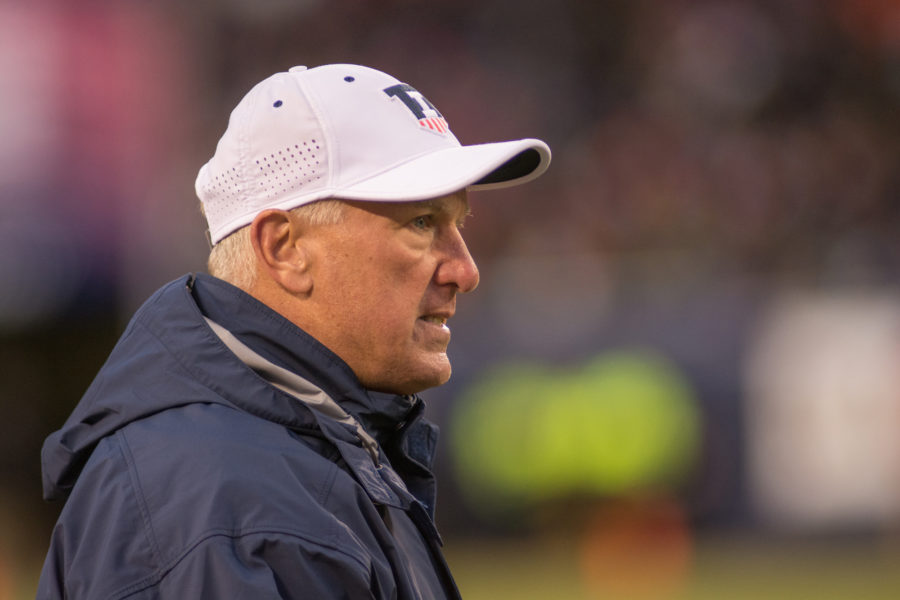 Head coach Bill Cubit watches his team from the sidelines during the game against Northwestern at Soldier Field on Saturday. Illinois lost 24-14.

Saturday’s Illinois-Northwestern game wasn’t a particularly interesting affair — it had all the excitement of a game of solitaire — because the decision that came Saturday morning stole the show.

When Paul Kowalczyk and the University agreed to extend Bill Cubit’s contract just hours before kickoff, they unleashed a tidal wave of emotions — positive and negative.

Some fans had an equally strong reaction, in the other direction.

“Thanks for stealing our money, Bill!”

That’s what an angry Illini fan barked at Bill Cubit as Illinois’ newest head coach trudged off the field following his team’s 24-14 loss to Northwestern at Soldier Field on Saturday.

This was a poor decision. Not because of Cubit, and not even because of the length of the contract, but because of something interim Athletic Director Paul Kowalczyk said just before Saturday’s game that the decision they made was “not ideal, but for now, I don’t think it’ll put a dagger in the heart of the program.”

You bet it wasn’t ideal. Giving Cubit a two-year extension means being scared that he might do a bad job. Illinois athletics doesn’t need scared right now — whoever the new coach was going to be needed the full-throated support of the administration, and Cubit didn’t get that. And that’s not even considering the fact that he might not be the best man for this job.

Look, I like Cubit as a person, and I think he genuinely cares about his players. There are reasonable arguments in favor of having him stick around as the team’s head coach.

But there are just as many reasonable arguments for not having him as the program’s leader going forward.

Perhaps Kowalczyk and interim Chancellor Barbara Wilson took one look at the short list of head coaching jobs available across the country — including USC and Miami, arguably two of the top-10 jobs in the country — and turned to the devil they knew, rather than trying to lure in a devil they didn’t.

That’s a scared decision and I think most U of I fans have had enough with being scared, especially on the athletics front. Just because the team hasn’t been great on the field doesn’t mean the off-the-field administration decisions can’t be great — or at least definitive.

To his credit, Cubit isn’t likely to get complacent because he has a contract extension. He seems like he’s willing to work for his job. But the Illini head coach shouldn’t be perpetually ambivalent; He shouldn’t be forced to fight for a job week in and week out.

A two-year extension just extends the amount of time the ripple effect of Tim Beckman bounces around Memorial Stadium. Get rid of that joker once and for all, please, U of I, because giving a two-year contract to his top assistant sure smells like “we’re worried about coaching decisions because we’ve made bad ones recently.”

And worst of all, Saturday’s decision entirely overshadowed senior day for a bunch of Illini veterans playing their final game. The game was an afterthought for everyone but the players, which is pretty much representative of how Illinois football and the University as a whole have been in the last few years — coaches, administrators and adults just screwing things up for students.

Please change it, U of I, because there are a lot of us that love this school, student-athletes and regular students alike, and you’re disappointing us.