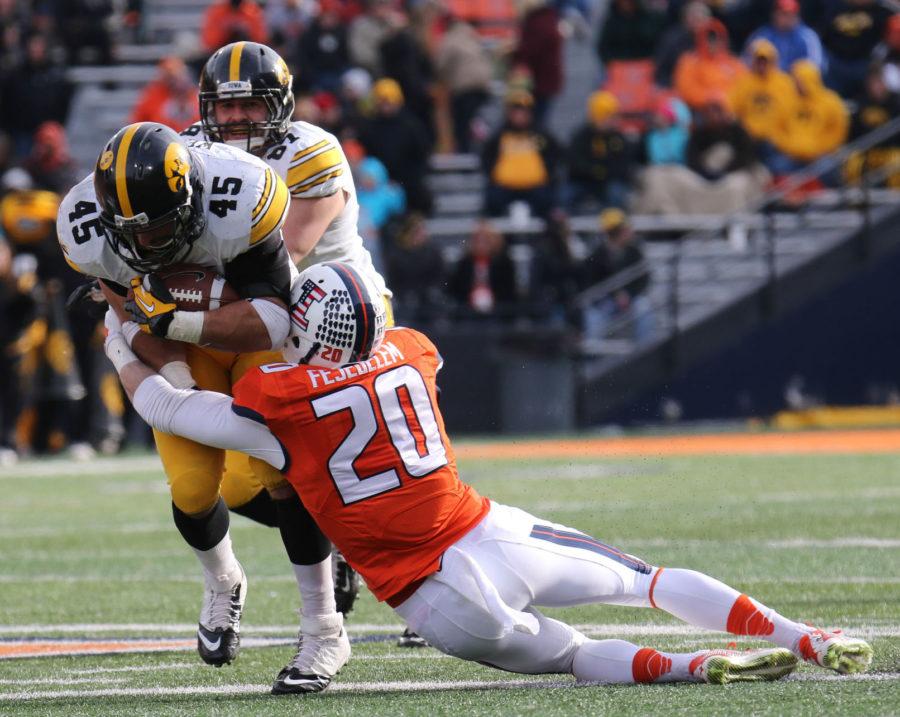 Safety Clayton Fejedelem was the only Illinois football player chosen for the All-Big Ten defensive team that was announced Monday.

Penn State defensive lineman Carl Nassib was named the conference’s Nagurski-Woodson Defensive Player of the year. He led the country with 15.5 sacks and is second in the nation in tackles for loss, with 19.5.

Tomorrow, the conference’s coaches and media offensive honors will be announced.